This Month in Medical History - July: The Birth of a Life-Giving Procedure 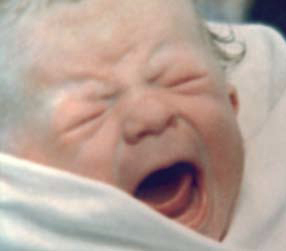 About 1 in 100 births
in the U.S. today are
"test-tube" babies.
This report originally appeared in the July 2009 issue of DOTmed Business News

DOTmed wishes Louise Joy Brown a Happy Birthday this month. It was 31 years ago in July that Ms. Brown became a beacon of hope for many women who were unable to conceive. She was the first successful "test-tube" baby to be brought into the world.

Although it was hailed as a triumph by many, the procedure did (and still does) cause controversy. From religious groups, political groups, even environmental groups, nearly everyone has had something to say about In vitro fertilization.

The procedure had been developed by Dr. Patrick Steptoe, of Oldham General Hospital and Dr. Robert Edwards, of Cambridge University. The two had been working on a way to help women with difficulties becoming pregnant to conceive. Their work eventually led to success at being able to fertilize an egg removed from a patient, but when it was replanted, the pregnancies typically only lasted a few weeks before a miscarriage.

However, on November 10th, 1977, the work would finally come to fruition. It was on that date that Lesley Brown underwent an in vitro fertilization procedure. The procedure didn't actually involve a baby in a test-tube. Instead, a laparoscope was inserted to remove an egg from one of Mrs. Brown's ovaries and then that egg was introduced to sperm from Lesley's husband John. Then, the fertilized egg was placed in a special solution in a Petri dish where it began to divide and cells began to multiply.

In previous efforts, the two doctors had waited at least four days before implanting the fertilized egg back into the patient. In this case, they only waited two and a half days before placing it back into the uterus. Days went by and the egg continued to grow. After a few months, excitement grew in the medical community and the non-medical community as well. Speculation was rampant - even if the baby was carried to term and delivered successfully, some were concerned there could be adverse affects. The doctors were also concerned. If the baby was born with some type of medical problem, even if it wasn't due to the procedure, it was more than likely they would still be blamed, making it more difficult to find patients willing to try the procedure.

It was an agonizing wait. But, at 11:47 p.m. on July 25th, 1978, after delivery by Cesarean section, Lesley and John became the proud parents of a five-pound 12-ounce baby girl. Louise was delivered just nine days before her due date and was free of the feared medical problems that many had predicted.

The success of the procedure not only gave a child to the Browns, it also gave hope to many couples who had tried unsuccessfully to start their own families. Just over three years later, the first test-tube baby was born in the U.S. Since Louise's birth, more than three million babies born through in vitro fertilization have been successfully delivered with more than 500,000 being delivered in the U.S. alone. In fact, the procedure accounts for about 1 in 100 births in the U.S. today. It still has its detractors, especially due to the fact that the procedure does deliver preemies three times as often as natural methods. Still, for couples who were unable to previously conceive, it's unlikely that the trials and tribulations (or high cost) involved with the procedure mean much when they're able to hold their baby in their arms.

So again, Happy Birthday to Ms. Louise Brown, a woman who helped an incredible medical procedure run, long before she could walk.