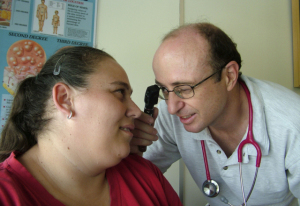 The report was written by officials at the Jacobs Institute of Women's Health of The George Washington University School of Public Health.

It argues that delivering care to women with chronic illnesses costs the U.S. billions of dollars and affects countless lives, and urges lawmakers to give women "the preventive and primary care they need, especially during their reproductive years."

"High quality health care, including prevention, during the reproductive years can improve woman's health across the lifespan and reduce the burden of disease later in life," says study lead author Susan F. Wood, Research Professor at the GW School of Public Health. "With the cost of chronic illness in women so high, we can no longer afford a patchwork of care that is loosely pieced together," she says.

Supporting the reports mandate, Senator Barbara A. Mikulski (D-MD) says, "When I came to Congress, woman's health care wasn't a national priority. I fought to change this. As more women Senators joined me over the years, we have been able to make a real difference."

She adds, "As Congress moves forward with health care reform, know that you can count on me to make sure no woman is left behind when it comes to her health. This means equal, affordable and quality care."

As Senator Tom Harkin (D-IA), puts it, "This study reinforces the old saying that an ounce of prevention is worth a pound of cure."

Source: The Jacobs Institute of Women's Health of The George Washington University School of Public Health.