CT Radiation Can Be Dramatically Reduced With SharpView's Software 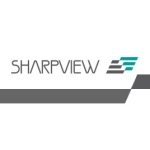 Help reduce the CT
radiation dose for kidney
assessment by as much
as 75 percent and
by at least 50 percent in
abdominal examinations
Recent clinical research from Massachusetts General Hospital has shown that radiation during CT scans can be dramatically lowered using new imaging-enhancing software from SharpView, a Swedish-based company.

"We found that we can help reduce the CT radiation dose for kidney assessment by as much as 75 percent and by at least 50 percent in abdominal examinations," said Mannudeep Kalra, MD, a radiologist at Massachusetts General Hospital.

"The software preserves sharpness, reduces noise and most importantly, reduces CT radiation dosage," Dr. Kalra says. "This is an effective algorithm that we have evaluated. We believe it is possible to decrease radiation dosage even further in the future."

Because CT scans are often the best way to find anatomical changes in body, their use has been increasing steadily around the world, but the downside is that high doses of radiation are known to cause cancer.

SharpView's image-enhancing technology allows a relative dose reduction of up to 75 percent--with preserved or even enhanced image quality, the company says. The post-processing filter SharpView uses screens out noise, without affecting the diagnostic image quality. This makes imaging with lower radiation possible.

"During the past year, the problem of CT radiation doses has become increasingly noticed and debated in the U.S. The adoption of our technology will greatly benefit patients making millions of CT scans every year a lot safer," said Magnus Aurell, president of SharpView.