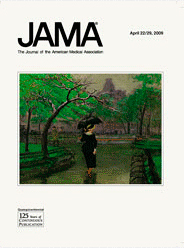 The trial grew out of a national database that was set up in 2005 to see what kinds of doctors were implanting the device. Medicare required that the database be set up before approving payments for defibrillator use, which has grown rapidly.

The trial, led by Dr. Jeptha P. Curtis, a cardiologist at Yale University, looked at more than 110,000 patients receiving defibrillators and other heart devices between January 2006 and June 2007. He found that electrophysiologists performed about 70 percent of the implants. Other cardiologists or thoracic surgeons performed the rest.

When an electrophysiologist implanted a device, the rate of complications, such as internal bleeding or heart attack, was about 1.3 percent, the study found.

However, the highest rate of serious complications, about 2.5 percent, happened when thoracic surgeons performed the implants. These physicians implanted defibrillators in only 1.7 percent of the procedures reviewed.

Researchers also found that patients whose conditions called for a more complex type of defibrillator, known as a cardiac resynchronization therapy device, were less likely to receive one if the procedure was performed by a doctor other than an electrophysiologist. These devices act as both defibrillators and pacemakers.