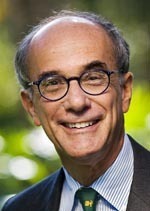 "About half of our members who are involved in direct patient care are in practices of five or fewer physicians and 20 percent of these physicians are in solo practices," the president of ACP told the committee. "It is critical, then, to fund a 'fix' to the Sustainable Growth Rate (SGR - the flawed Medicare reimbursement formula) and to provide adequate funding for primary care and health reform."

The hearing was titled: The President's Budget and Medicare: How Will Small Providers be Impacted? Dr. Harris urged Congress to take advantage of a historic opportunity to adopt a budget that will help physicians in smaller practices provide the best possible care to patients.

"Even though decades of research tells us that primary care is the best medicine for better health care and lower costs," Dr. Harris said, "the current U.S. health care system fails to support policies and payment models to help primary care survive and grow."

One of ACP's main priorities over the past several years has been urging Congress to reform the SGR, the committee was told. Along with accounting for the true costs associated with providing updates that keep pace with practice costs, it is a bigger priority than ever.

"President Obama's budget is a marked departure from past practices," Dr. Harris noted. "It acknowledges what we all know to be true, which is that preventing pay cuts to doctors will require that Medicare baseline spending be increased accordingly."

ACP contends that once the true costs are accounted for in the budget, Congress and the administration should enact a long-term solution that will permanently eliminate the SGR as a factor in updating payments for physicians' services.

Also, ACP says Congress should enact Medicare payment reform so that the career choices of medical students and young physicians are largely unaffected by considerations of differences in earning expectations. Currently, primary care physicians, on average, earn 55 percent of what other specialists earn.

Dr. Harris asked: "Is it any wonder, then, why only 2 percent of fourth-year medical students plan to go into general internal medicine, a specialty that adults depend on for their primary care?"

ACP believes that a reasonable goal would be to raise primary care compensation to the 80th percentile of the compensation for other specialists. This would require that Medicare and other payers increase primary care reimbursement by 7-8 percent per year over the next five years.

The current Medicare Medical Home Demonstration, which is limited to eight states, should be expanded to be a national pilot, with increased funding to allow for such expansion, Dr. Harris pointed out.

"ACP also strongly supports the need to include funding in the budget for comprehensive health care reform that allows for prudent investment to make health care more effective and efficient," Dr. Harris concluded. "Some of these investments, like funding of prevention and primary care, will have long-term benefits that may not be fully recognized under the usual budget scoring conventions."

After all, Dr. Harris pointed out, "Medicare patients deserve the best possible medical care. Investments in primary care and other ACP recommendations will result in better health care and lower costs."

Source: The American College of Physicians