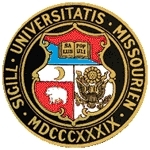 A University of Missouri
researcher is developing
the device
A future sensor may test a patient's breath for breast cancer, lung cancer, diabetes or asthma.

"Little traces of certain gas molecules in the breath or urine tell us if anything unusual is going on in the body," said Xudong "Sherman" Fan, investigator of the study. "Measuring these volatile markers would be a non-invasive way to determine if a disease is present without having to draw blood or perform a biopsy. In addition to the biomarkers already discovered, many more potential volatile markers are still under investigation."

The sensor device known as the opto-fluidic ring resonator (OFRR), is an optical gas sensor that consists of a polymer-lined glass tube that guides the flow of a gas vapor and a ring resonator that detects the molecules that pass through the glass tube. As the gas vapor enters the device, molecules in the vapor separate and react to the polymer lining. Light makes thousands of loops around the gas or liquid sample. The more the light loops around the sample, the more the light energy interacts with the gas vapor. These repetitive interactions enable the detection of vapor molecules down to a very small quantity.

Optical gas sensors have broad applications in industry, military, environmental science, medical care and homeland security. In addition to OFRR's application in the medical industry, the device also can improve the detection of explosives on the battlefield. Currently, the existing gas vapor sensor technology is very bulky with equipment weighing more than 100 pounds and is difficult to use in the field.

"We hope to design a vapor sensor that has ultra-high sensitivity, specific and rapid response to a certain molecule, as well as the ability of on-the-spot chemical analyses, which usually requires the sensor to be small, portable, reusable and have less power consumption," said Fan, who also is assistant professor of biological engineering in the MU College of Engineering and the MU College of Agriculture, Food and Natural Resources.

"If the gas sensor is portable, military personnel can determine more quickly whether an area is dangerous."