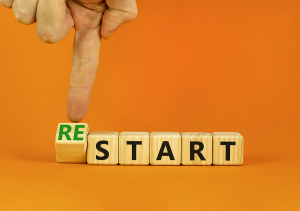 The drugmaker stopped producing its Lutathera and Pluvicto cancer therapies in early May at its facilities in Italy and New Jersey after discovering potential quality issues in the manufacturing, according to Reuters. "The company has remediated the issues that led to the temporary, voluntary suspension of production in May," said Novartis in a statement.

At the time of the suspension, the company, which is based in Switzerland, said that it expected to resolve the problems and resume some supply within six weeks. It conducted a thorough investigation into the issues and said that they did not affect patient safety.

The company plans to expand RLT production capabilities at its Italian and New Jersey facilities. It also will build a new radioligand manufacturing facility in Indianapolis, Indiana that is expected to open in 2023.

It says it recognizes that the effects of the suspension continue to affect patients, their families and care teams, and says it is updating health authorities about the restart. “We expect that product supply may be initially limited, and we are working hard to resume full production capacity and meet patient demand as quickly as possible.”

Additionally, Novartis announced in June that it will restructure its company by combining various departments, a move it says will save it $1 billion. This includes the merger of its oncology and pharmaceutical departments into one medicine unit; and the combining of its technical operations with its customer and technology solutions units. It also will sell off its Sandoz generics division via a spinoff or sale.

As a consequence, around 8,000 employees will be laid off, with cuts primarily in sales and marketing, operations, and general and administration. The restructuring is expected to be completed “over the course of the next few months,” said a company spokesperson.