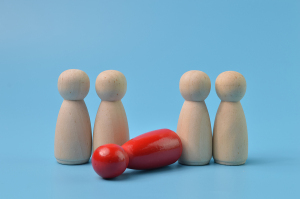 Novartis expects to save at least $1 billion with its restructuring, which will result in 8,000 layoffs.
Around 8,000 Novartis employees are out of work following the company’s decision to consolidate various departments, a move it says will save it $1 billion.

Rumors of layoffs have persisted since April, but the company only confirmed them on June 28, according to Swiss newspaper Tages-Anzeiger. Among its 108,000 staff members worldwide, cuts will primarily be in sales and marketing, operations, and general and administration.

Driving them is the merger of Novartis’ oncology and pharmaceutical departments into one medicine unit, which “"will allow us to reduce duplications of business structures in every country," and make the company “leaner and simpler,” said a company spokesperson. It also is combining its technical operations and customer and technology solutions units, and is selling off its Sandoz generics division via a spinoff or sale. It hopes to complete its restructuring “over the course of the next few months,” according to the spokesperson.

Up to 1,400 positions will be nixed at its headquarters, the Basel campus in Switzerland, including 250 in marketing and product management, 550 in operations, and 600 in central administration. IT, procurement, quality control and global production management will also be affected. Some positions will be outsourced to cheaper countries, such as Prague and India.

The company confirmed in April that it was combining its global pharma units, resulting in three Novartis executives getting the boot, according to Fierce Healthcare. Prior to this, both businesses had their own legal, human resources, marketing and sales departments, and were separated by different countries. The company will now have one commercial team in the U.S. and another for the international market, making many jobs redundant.

While marketing, sales and administration incur the most spending in the pharmaceutical industry, saving money here is not necessary for Novartis, reports Tages-Anzeiger. Pharmaceuticals only account for almost 30% of its sales, and it just sold its Roche shares back to Roche last year for over 20 billion Swiss francs.

The company says stock market pressure to produce new, top-selling drugs calls for an alternative marketing model and that restructuring will help it reduce workload.

It expects to save at least $1 billion a year by 2024 and predicts the new structure will be fully operational by the end of 2022.