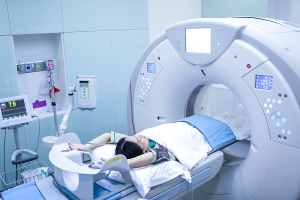 The National Academies has proposed a $100M program to study the health effects of exposure to low dose radiation.
The National Academies of Science, Engineering and Medicine says a $100 million national research program is needed to investigate the effects of low-dose radiation on risks for cancer, cardiovascular disease, neurological disorders and other conditions.

In a report by the Committee on Developing a Long-Term Strategy for Low-Dose Radiation Research in the United States, NASEM says the program would support epidemiological and biological research on dose, dose rates, types of radiation and exposure duration and their impacts on health. It also would have greater computing power, genetic research and data sharing capabilities, and require $100 million annually over 15 years.

Low-dose exposure is present in many industries but not well understood. This has raised concerns, including about protection against it in medical imaging. “This is especially important as science seeks to provide answers to concerned individuals and to communities that have been involuntarily exposed to radiation, including indigenous communities, atomic veterans, nuclear workers, and others impacted by the legacy of U.S. nuclear weapons testing and production.” said Joe Gray, professor emeritus of laboratory medicine at the University of California, San Francisco, and chair of the committee, in a statement.

Lack of leadership, coordination and strategic prioritization has limited U.S. research on low-dose radiation effects. In their study, the committee says the Department of Energy could oversee strategic computation and modeling research, while the National Institutes of Health could manage epidemiological and biological research.

Epidemiological research would more accurately estimate risks and determine factors that influence them for the development of better analytical tools. Biological studies could establish dose-response relationships; how dose and radiation affect cellular health and disease progression; and how they contribute to adverse health outcomes.

New tools for detecting radiation and precisely characterizing cell and tissue changes would be needed. Various databases would also be required, and researchers would need access to low-dose exposure facilities.

Sustained investments over more than 10 years would be needed to maintain the program. With funding, the DOE could have most of it operational within two years.

The program should also have a long-term commitment to research and scientific independence, and be transparent about its findings with the public.