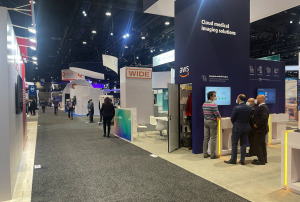 This week I am taking Five Minutes in Healthcare on the road with me, as I join the radiology community at the annual RSNA meeting at McCormick Place in Chicago.

Obviously, this is a year unlike any other. For that reason, I wanted to capture the occasion on video. This also allows me to share some of the sights and sounds of the show with people who were unable to attend in person.