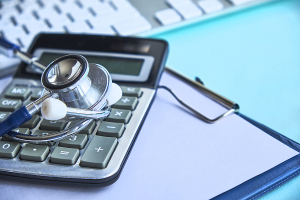 The Chamber of Commerce is taking HHS and other federal agencies to court over the price transparency law for insurers
The U.S. Department of Health and Human Services and other federal agencies are heading to court with the U.S. Chamber of Commerce over the new price transparency rule for health insurers. Under the law, health insurers and self-insured plans must disclose on their websites pricing for in-network rates, out-of-network rates and prescription drug rates for plans that begin on or after January 1, 2022.

In a suit filed in the U.S. District Court for the Eastern District of Texas, Tyler division, the chamber calls certain requirements in it, namely the publication of rates in machine-readable-files, "arbitrary and capricious” and has asked a judge to dismiss them, according to Modern Healthcare.

The chamber, along with the Tyler Area Chamber of Commerce, argues that doing so would subject consumers to “vast amounts” of complex technical pricing that computers are designed to read. Proponents say this is in line with a provision of the Affordable Care Act, but the chamber says the provision requires that information be presented in “plain language,” which it claims is inconsistent with machine-readable files.

"Because that complicated, unwieldy format cannot be reconciled with Congress's command that disclosures be made in plain language, the machine-readable-file requirements violate the law and must be set aside," they said in the complaint.

The complaint also suggests that since many patients are covered under employer-sponsored plans, they are unlikely to use the data, and that disclosing prices will allow competitors to see their rates as well. Additionally, the chamber claims that insurers should not have to share their historical net prices for all covered drugs, and that compliance will cost billions in the first year and hundreds of millions annually each year thereafter.

The chamber is asking that the requirements for historical net prices and machine-readable files be eliminated and that the judge provide injunctive relief from enforcement.
1(current)
2