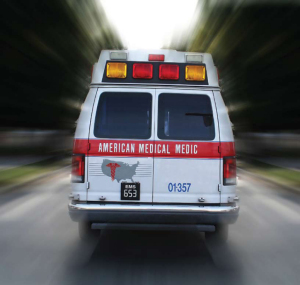 This resulted overall in a total 2.4% decrease in Medicare spending, according to the CMS Center for Medicare and Medicaid Innovation which carried out a study on the issue. The results, it says, could signify that expanding prior authorization for non-emergency ambulance transportation may save on Medicare spending without affecting quality of care, according to Modern Healthcare.

"Prior authorization can help ensure Medicare requirements are met before a service is provided and the claim is paid, without creating any new documentation requirements for providers. Overall, findings from the three evaluation reports of the Medicare Prior Authorization Model for Repetitive, Scheduled Non-Emergent Ambulance Transport suggest that the model had few to no adverse effects on quality of care or access to care," a CMS spokesperson told HCB News.

The study looked at how pre-approval affected ambulance service provider use use among beneficiaries with end-stage renal disease or pressure ulcers. Spending dropped by $481 per beneficiary in New Jersey, Pennsylvania and South Carolina, the original stages where prior authorization was enacted in 2014. Delaware, Maryland, North Carolina, Virginia and West Virginia — which were mandated by Congress in 2016 to enact prior authorization — saw spending drop by $112.

Prior authorization had no apparent effect on quality or access to care, as beneficiaries were not more likely to use emergency services, go to the hospital, or die. Some, however, may have experienced delayed or missed treatments due to ambulance service providers lacking appropriate documentation. In addition, claims denials rose after prior authorization but adjusted back to prior rates within two years. This, according to Medicare Administrative Contractors, signified improved understanding of medical necessity guidelines and documentation requirements among ambulance services.

"That said, we believe these savings would be smaller than those estimated in this report. Given that CMS initially chose model states with particularly high baseline rates of RSNAT (Repetitive, Scheduled Non-​Emergent Ambulance Transport) use, the findings here may not generalize to states that have more moderate rates of RSNAT use," wrote the researchers in their report.

Of all the ambulance companies in New Jersey, Pennsylvania and South Carolina, 45% went out of business after prior authorization took effect. The figure was 13% in congressional-mandated states. "A large majority of ambulance suppliers reported difficulty obtaining supporting information from physicians and treatment facilities," the report said.

Ambulance service providers in rural settings were not affected.