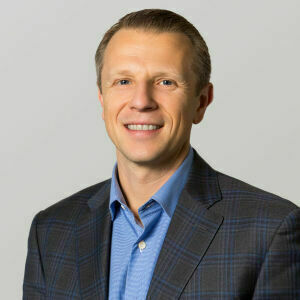 Toth has served in multiple executive positions with Varian since joining the company in 2001. As of October 2020 he has been president and COO, overseeing the company's fiscal 2021 goals and strategic initiatives. Prior to that, Toth had been president of Varian Oncology Systems where he managed more than $3 billion in revenue and over 7,000 employees globally, and helped return Varian to double-digit growth.

After more than 16 years as CEO, Dow Wilson will be retiring from the role, but will remain involved as a special advisor to Siemens to help smooth the integration of the two companies. Wilson described his tenure with Varian as "the highlight of [his] career" and will leave behind a powerful legacy. 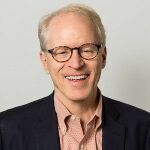 Dow Wilson
"I once took a tour of the Varian manufacturing facility in Palo Alto, California, and was impressed with how many people were on a first name basis with Dow," recalled Philip Jacobus, publisher of HealthCare Business News and a Varian business partner. "He seemed to not only be well thought of, but it's clear he inspired confidence."

Siemens announced its intention to purchase Varian in August for $16.4 billion, with the transaction completed in December. The deal marks Siemens' return to the radiotherapy market ten years after exiting in 2011 and pairs it with the leader in radiotherapy, with a market share of over 50%, according to Reuters. In exchange, Varian will work alongside a leader in medical imaging it has built a relationship with through previous collaborations.

Toth’s appointment follows the completion of an investigation by the European Commission into the acquisition, out of concern that such a deal would cause competitors to foreclose on their supplies of medical imaging and radiotherapy solutions. These fears were chalked up to the deal’s potential degradation of interoperability between Siemens’ imaging solutions and third-party radiotherapy systems, and between Varian’s radiotherapy solutions and third-party medical imaging systems.

The deal is expected to be completed in the first half of 2021, with Varian continuing to operate under the Varian name, as a Siemens Healthineers brand.