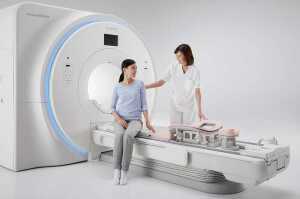 Abbreviated MR may be a time-saving, cost-effective and quality diagnostic scanning alternative to traditional breast MR protocol
Abbreviated breast MR may save physicians more time and expense, while still being able to efficiently identify breast cancer.

That’s according to researchers at Sungkyunkwan University School of Medicine in Seoul, South Korea. "Despite the high diagnostic performance of breast MR, its application as a cancer screening tool is hindered by high costs and longer acquisition and interpretation times," the group wrote. "Abbreviated MR protocols show equivalent diagnostic accuracy for cancer while reducing acquisition and interpretation times compared with conventional full-protocol MR."

Abbreviated breast MR reduces scanning time from 30 minutes to about 10 minutes, according to the authors. Data on its performance, however, is limited.

The authors assessed its use over three consecutive years on 1,975 women who underwent 3,037 exams between September 2015 and August 2018. They evaluated cancer detection rate, sensitivity, specificity, positive predictive value, abnormal interpretation rate, and interval cancer rates. Of the women examined, 14% were at high risk, 82.7% had an intermediate risk, and 3.3% were at average risk. The last of these three groups underwent breast MR either by patient request or surgeon recommendation.

The researchers identified 38 cancer cases throughout the course of the study, with abbreviated breast MR picking up 29 of them.

Of the nine it missed, seven were found with other imaging modalities and two were interval cancers and have an interval cancer rate of 0.66 per 1,000 exams. All nine were node-negative, early-stage, invasive cancers.