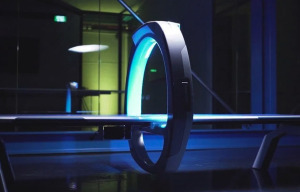 The medical imaging developer revealed the news Monday in its first earnings call since its stock market IPO (NNOX) in August, which raised $190 million over the summer. Since then, the company has been accused of making false statements about its X-ray solution, Nanox.Arc, a scanner under development for producing 2D CT and tomography scans.

“We are pleased to have completed a very successful initial public offering in August, which provides us with the capital to help achieve our vision to increase early detection of medical conditions that are discoverable by X-ray,” said Ran Poliakine, chairman and CEO of Nanox, in a statement.

Nanox touts Nanox.Arc as a substantially less expensive alternative to legacy X-ray machines, potentially creating access for two-thirds of the world’s population that lacks access to imaging. It also claims that the solution will decrease waiting times and help ensure early detection of serious and chronic illnesses.

Online stock commentator Citron Research filed a suit against the company in September, criticizing Nanox for failing to produce any evidence that compared the efficacy of Nanox.Arc to conventional CT scanners, as well as for its R&D spending. It also accused Nanox of fabricating distribution agreements with fake customers.

Poliakine has denounced these charges as “baseless”. “We look forward to demonstrating our digital X-ray technology in a range of 2D and 3D medical imaging procedures at this year’s virtual Radiology Society of North America 2020 meeting later this month, and intend to make these materials available to our investors and global stakeholders so they can join and witness our technology.”

The $11.1 million net loss for Q3 2020 was substantially higher than the loss of $1.9 million the company incurred during the same time in 2019. The loss was chalked up to increased spending on research and development, and sales and marketing. General and administrative expenses also factored in, leaping from $1 million in 2019 to $6.3 million in 2020 due to the company expanding its management team and strengthening its overall organization infrastructure.

Net cash for operating activities during the quarter was $3.4 million.

The company ended the third quarter with cash, cash equivalents and marketable securities of $240 million, including net proceeds of approximately $170 million raised from its IPO.