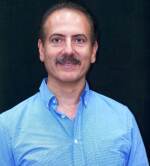 Dr. Eliot Siegel
“I'd imagine all radiologists were put through something where volume shifted dramatically in a way that had never shifted in anybody's memory before and that had lots and lots of implications across the country,” said Dr. Eliot Siegel, professor at the University of Maryland School of Medicine and chief of radiology and nuclear medicine at the Veteran Affairs Maryland Health Care System.

As a result, administrative personnel and technologists were furloughed or couldn’t be paid for a period of time. In addition, many radiologists saw a major salary cut since their pay was tied to the number of scans they interpreted.

As imaging volumes rose over the summer, the financial situation improved, but a second wave of infections is not the only thing imaging professionals are worried about. The Centers for Medicare and Medicaid Services (CMS) proposed changes that could result in a nearly 11% decrease in Medicare reimbursement for radiologists in 2021.

“There have been a number of radiology practices that were in the process of hiring, then rethought that and ended up rescinding offers or not making offers,” he said. “They decided that they really didn't need that extra radiologist or technologist in the department.”

With infections expected to rise again, and the possibility that imaging rates could drop because of it, there remains a reduced inclination to bring in new imaging staffers. 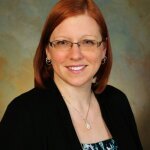 Sandy Coffta
Imaging volumes on the rise
As of October, most healthcare facilities are running between 75% and 95% of pre-COVID imaging volume, according to Sandy Coffta, vice president of client services at Healthcare Administrative Partners, a medical billing and coding company.
1
2(current)
3
4