Privately insured pay 247% of what Medicare recipients pay to hospitals 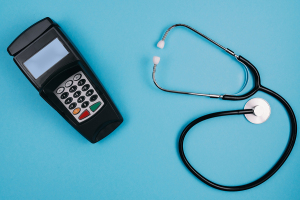 Hospital price increases show that individuals with private health plans went from paying an average of 224% of Medicare costs in 2016 to 230% in 2017, followed by the current average in 2018. Prices also varied among states, with Arkansas, Michigan and Rhode Island having relative prices under 200% of Medicare, while Florida, Tennessee, Alaska, West Virginia and North Carolina had prices above 325% of Medicare.

“It’s in large part due to how prices are set between Medicare and private plans,” Christopher Whaley, a policy researcher for the RAND Corporation, told HCB News. “Medicare every year is given a budget, so you have to maintain some discipline in your price and cost growth if you’re going to standard that budget. Many employers turn over healthcare benefits to this ecosystem of third-party insurers, benefit consultants and brokers, so they don’t have the same level of internal controls over price growth and cost growth as the Medicare system.”

The study included information from more than half the nation’s community hospitals in 49 states and Washington, D.C. It incorporated data sources of $33.8 billion in spending from 3,112 hospitals nationwide, as well as approximately 750,000 claims for inpatient hospital stays and 40.2 millions claims for outpatient services. Claims from self-insured employers, six state all-payer claims databases and records from health insurance plans that chose to participate in the study were also analyzed.

For each private claim, researchers re-priced the service using Medicare’s grouping and pricing formulas, and found that total payments over the 2016-2018 period would have been reduced by $19.7 billion had employers and health plans paid hospitals using Medicare’s payment formulas. This translates to a potential savings of 58%.

Hospital costs varied widely within individual states and hospital systems, and researchers also examined if observed differences in price could be chalked up to differences in the quality of care. They did not find a strong relationship between prices and two widely-recognized metrics of quality and patient safety, nor that variations in hospital prices are explained by differences in Medicare and Medicaid patient populations.

Approximately 44% of total personal healthcare spending for the privately insured goes toward hospital services. Increases in these prices are responsible for the recent growth in per capita spending among these individuals. While price transparency initiatives have enabled patients and employers (who provide most private insurance) to be more informed about procedure-level prices, these efforts typically do not provide usable information about prices negotiated with hospitals on their behalf.
1(current)
2

Vanderbilt University Hospital to kick off $500 million expansion this summer