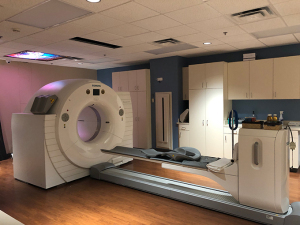 MR systems require continuous monitoring to ensure components are operating to spec. Failure to keep tabs on the magnet can lead to financial disasters.

Remote monitoring has become an increasingly popular way for MR providers to make sure their systems are healthy — and they do it without requiring anyone on site; a good bonus during a pandemic. While many of the scanner manufacturers offer their own remote monitoring, there are also many third-party companies that provide the service.

HCB News spoke to several of those companies to learn more about the common conditions and events that affect MR performance, what capabilities to look for in a monitoring system, and to what extent COVID-19 is bringing the benefits of remote monitoring to center stage.

Larry Sodomire, president of Total Data Connect, speaking with HCB News, sums up the value-proposition nicely. “Remote monitoring provides peace of mind while systems are sitting idle or have limited usage,” he said.

When scan volumes drop off dramatically, who could ask for more?

Helium boiloff
Liquid helium is the life blood of every MR scanner. Getting the gas into a liquid state requires bringing the temperature down to cryogenic levels, and it’s from within that profoundly cold liquid (either 10 degrees kelvin, or 4 degrees kelvin, depending on the system) that the MR magnet gets the superconductive ability to produce medical images.

Fifteen years ago, liquid helium could be purchased for less than $5 a liter. Now, rising demand and the scarcity of the gas has sent prices soaring to anywhere from $15 to $30 a liter. As a result, when the gas boils off within the MR, providers can wind up spending thousands of dollars to correct the situation.

“For us, the cost of helium has roughly quadrupled in the last 10 years,” said Ray McClellan, president of MRI Technical Services, who describes it as an important reason for doing system monitoring.

Newer model scanners operate at 4 degrees kelvin and are sometimes called “zero boil-off” systems because they do not lose helium during normal operation. While these scanners are better at conserving helium, a problem with the MR cooling system is even more urgent with these units due to the requirement for extra low temperatures.

A number of issues can lead to helium boiloff. Whether it’s from power outages, halts in chiller water flow, or a breakdown in the system’s cold head, which re-condenses the gas into liquid to prevent it from burning off.

Older MR scanners that operate at 10 degrees kelvin are still able to scan without the cold head for a little while, but replacing it is still crucial to prevent helium boiloff. If left unchecked for a long period of time, the loss of helium can cause the magnet to become quenched, where the helium inside turns to gas and vents loudly from the magnet. If you’re operating an MR suite, an unanticipated quench is right down there among your worst-case scenarios.
1(current)
2
3 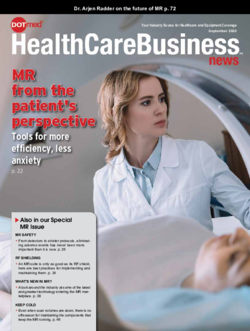