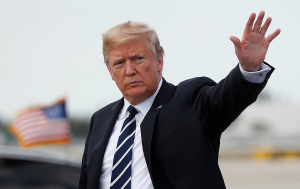 It’s official. President Trump has announced his decision to formally withdraw the U.S. from the World Health Organization (WHO). Despite loud dissent from many in congress and several prominent healthcare groups, Trump notified the United Nations that America will no longer lend its support to the WHO, although such a measure would not go into effect until July 2021.

Consensus among leading healthcare experts is that a withdrawal by the U.S. would have far-reaching negative consequences for global health, as it would eliminate key financial support for numerous programs and research critical to the management and eradication of life-threatening diseases such as influenza, polio, HIV, and countless others.

"The WHO plays a leading role in protecting, supporting, and promoting public health in the United States and around the world,” said American Academy of Pediatrics President Sally Goza, American Academy of Family Physicians President Gary L. LeRoy, American College of Physicians President Jacqueline W. Fincher, and American Medical Association President Susan R. Bailey, in a joint statement sent to Healthcare Business News. “The agency has been on the frontlines of every global child health challenge over the last seven decades, successfully eradicating smallpox, vaccinating billions against measles, and cutting preventable child deaths by more than half since 1990. Withdrawing from the WHO puts these investments at risk and leaves the United States without a seat at the table — at a time when our leadership is most desperately needed.”

The news comes after an earlier controversial statement the president made about the WHO’s handling of the coronavirus pandemic in May, in which he said the WHO "consistently ignored credible reports of the virus spreading in Wuhan in early December 2019 or even earlier, including reports from the Lancet medical journal. The World Health Organization failed to independently investigate credible reports that conflicted directly with the Chinese government's official accounts, even those that came from sources within Wuhan itself."

The Lancet denied the allegations, stating “This statement is factually incorrect. The Lancet published no report in December 2019, referring to a virus or outbreak in Wuhan or anywhere else in China.”

WHO spokesperson Tarik Jasarevic said the agency was informed that the official notice had been filed, but had no further information, according to a STAT report. Meanwhile, more than 750 public health leaders, deans of schools of public health, former Centers for Disease Control and Prevention leaders and the Food and Drug Administration have signed a letter asking Congress to block the withdrawal, noting that Trump lacks the unilateral authority to cancel U.S. membership.

Presumptive democratic presidential candidate and former vice president, Joe Biden, responded swiftly on Twitter: “Americans are safer when America is engaged in strengthening global health. On my first day as President, I will rejoin the @WHO and restore our leadership on the world stage.”

Vanderbilt University Hospital to kick off $500 million expansion this summer