In terms of cancer detection, digital mammography not superior to film: researchers 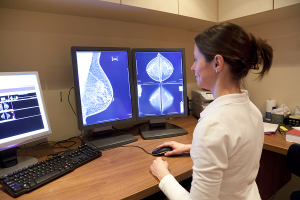 Researchers at the University of Sydney in Australia found that a small increase in cancer detection following the transition from film to digital mammography did not correlate with a reduction in cancers diagnosed in between scheduled screenings. They concluded that while providing easier storage and management of images, digital mammography does not provide greater health benefits to women over film.

"A change to a screening program that increases cancer detection rates, as found in the systematic review, is only beneficial if the additional cancers detected would have otherwise presented at a later stage and caused morbidity and premature mortality," the study's lead author, Rachel Farber, told HCB News. "Interval cancers are cancers that are diagnosed after a woman has a negative screening result and before her subsequent scheduled screening. If the increase in detection rate in technology has increased the clinical utility of screening, then we would hope to have a subsequent decrease in the interval cancer rate. This would suggest that some of the additional screen detected cancers were clinically important and would otherwise have rapidly progressed if left undetected. However, in the systematic review we found there was no change in the interval cancer rate."

The transition to digital mammography began in the U.S. starting in 2000 when the FDA approved use of the technology, based on studies that suggested it would potentially be more specific in its findings. Proponents asserted that it would reduce the number of callbacks for positive findings, find more diseases, and result in fewer cancers diagnosed in between screenings (interval cancers).

The team sifted through seven databases and systematically reviewed 24 studies that compared film to digital mammography within the same population of asymptomatic women. Their meta-analysis included 16,583,743 screening examinations, with 10,968,843 on film and 5,614,900 digital.

Study compares decision-making process of AI and humans in imaging