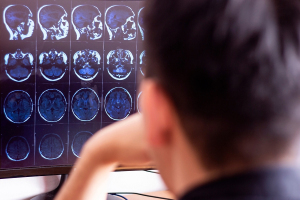 Radiologists in the U.K. face a backlog of cancer cases as a result of the COVID-19 pandemic that could extend for months and possibly years, if not addressed correctly.
The former head of the cancer program for the World Health Organization (WHO) says the U.K. will require an emergency national response to manage the backlog of cancer cases deferred and delayed by the ongoing COVID-19 pandemic.

Professor Karol Sikora, chief medical officer of Rutherford Health, says his and his colleagues’ “worst fears” have become a reality, with Great Britain facing a significant build-up of cancer cases as a direct result of the pandemic. He asserts a similar response to the one taken to address COVID-19 is required to prevent a full-blown health crisis in the coming months.

“It remains a real possibility that the coronavirus will claim more lives through cancer than COVID-19 itself,” he said in a statement. “This would be an unimaginable disaster. Almost 300,000 people with suspected cancer symptoms have not been referred for testing and over two million people missed out on screening. The progression of cancers during these delays will impact quality of life and long-term patient survival. Even modest delays can impact on patient survival.”

A report by Cancer Research UK this week revealed that 2.4 million people in Great Britain have had cancer screenings, treatments or tests deferred, due to the National Health Service (NHS) devoting its services and resources toward the care of patients with the virus over the past ten weeks alone.

Sikora says that the government must launch a national effort with public and independent sectors to prevent the backlog from creating a new cycle of delays and waiting times in cancer care. Such a reality, he said, could last several months, if not years, and would damage patient outcomes and create long-term strains on cancer services.

He suggests ramping up screenings, diagnoses and treatment, as well as scaling up collaborations between healthcare institutions. He says the network of Rutherford Cancer Centres for instance has been treating more NHS cancer patients with conventional treatments such as chemotherapy over the past two months.

“Cancer services can be stretched at the best of times,” he said. “To overcome the current crisis we need to act quickly and collaboratively. We should utilise all capacity in the independent sector for screening, diagnosis and treatment. This should include advanced cancer treatments such as high energy proton beam therapy. Until very recently, many U.K. cancer patients were sent abroad for advanced treatments such as proton beam therapy. This is no longer feasible due to the pandemic and it is also unnecessary because we have these services in the independent sector.”
1(current)
2