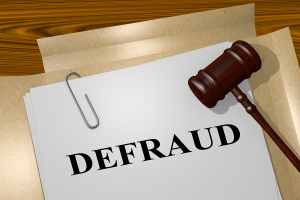 Dr. William M. Kelly and Omega Imaging Inc., which operates 11 radiology facilities in Southern California, are accused of submitting claims to Medicare for unsupervised radiology services, as well as conducting services at non-accredited facilities. The False Claims Act allows for the U.S. to intervene and take over the lawsuit, which it has done in part here. The name of the case is United States ex rel. Syd Ackerman v. William M. Kelly, M.D., Inc. and Omega Imaging, Inc., Civil Action No. ED CV 13-02195 JGB (C.D. Cal.).

“Today’s announcement demonstrates the department’s commitment to protect the public fisc and ensure the safety of Medicare beneficiaries,” said Assistant Attorney General Jody Hunt of the Department of Justice’s Civil Division, in a statement. “The department will aggressively pursue unscrupulous healthcare providers who cut corners for profits and jeopardize the health and safety of Medicare beneficiaries.”

Medicare requires procedures such as CT and MR scans to be performed under direct physician supervision due to their use of intravenous contrast materials. The lawsuit alleges that the defendants performed contrast procedures without a physician present in the office suite and then billed Medicare. It also alleges that certain facilities the defendants owned and where procedures were performed lacked accreditation, a material billing requirement of Medicare.

The allegations first came to light in December 2013, when Syd Ackerman, who previously provided consulting services to Kelly and Omega Imaging — which also goes by the names of Health Scan Imaging and Open MRI — filed a complaint in the U.S. District Court for the Central District of California, according to Bloomberg Law.

The case was filed under the qui tam or whistleblower provisions of the False Claims Act, which holds companies or individuals liable for defrauding the governmental programs and allows private parties to file suit on behalf of the U.S. for false claims in exchange for a share of any recovery. The U.S. District Court for the Central District of California ordered the complaint to be unsealed on May 7.

If found guilty of violating the False Claims Act, the defendants could be held subject to treble damages, in which they would face triple the amount of actual damages to be awarded to a prevailing plaintiff, as well as applicable penalties.

The claims at this time are allegations only, and no determination of liability has been made. The case is being handled by the Department of Justice’s Civil Division with assistance from the Office of Inspector General of the Department of Health and Human Services.

The DOJ has declined to pursue a third claim by Ackerman, that Omega Imaging also took part in a kickback scheme.