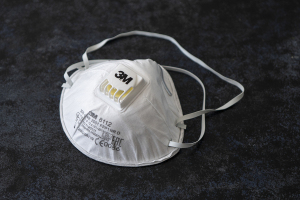 3M is set to nearly triple production of its N95 respirators to more than 95 million per month.
Two new contracts from the Department of Defense are enabling 3M to once again ramp up production and manufacture an additional 39 million respirators per month for U.S. healthcare providers tending to COVID-19 patients.

An investment by the company builds on this number by adding another 22 million, nearly tripling its production of N95 respirators to more than 95 million per month.

“3M is working around the clock to get much-needed personal protective equipment to the nation’s frontline healthcare workers,” said Mike Roman, 3M chairman of the board and chief executive officer, in a statement. “Being selected for these contracts will allow us to increase our manufacturing capability even more. We thank the Trump administration and the Department of Defense for their close collaboration on this effort and share their goal of protecting the American public.”

3M initially started to increase respirator production in January when the outbreak began and doubled its global output to 1.1 billion annually, which included manufacturing 35 million N95 respirators per month. It also reached an agreement with the Trump administration to import 166.5 million respirators from its overseas manufacturing facilities in China and other Asia-based locations now and over the coming months.

The company has now invested over $80 million in N95 respirator production, which, combined with the contracts, nearly doubles its current capacity again to two billion respirators globally by year’s end.

The increased production will be made possible with the addition of new equipment, the construction of which has started in Wisconsin, where initial respirator production is set to begin in June. The equipment will eventually be relocated to a new expansion at 3M's facility in Aberdeen, South Dakota, where the company has manufactured personal protective equipment for decades.

3M is one of several companies to step up production of equipment and supplies needed by hospitals to care for patients affected by the ongoing pandemic. It teamed up with Ford, for instance, to escalate the available number of its powered air-purifying respirators.

It is also working to combat instances of price gouging, having filed a suit against a New Jersey-based company for attempting to sell $45 million worth of N95 respirators to New York City officials at prices 500-600% over those listed by 3M.