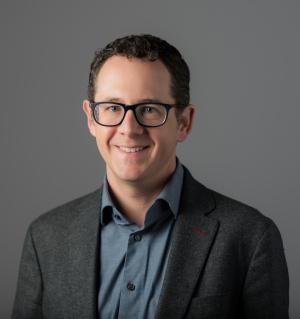 Dr. Marc Kohli
From the May 2020 issue of HealthCare Business News magazine

HealthCare Business News connected with Dr. Marc Kohli, medical director of Imaging Informatics at UCSF Health just a few days before national social distancing orders were implemented to help flatten the curve of coronavirus infections. SIIM has made the decision to hold their annual meeting in an entirely virtual format, which makes sense for an organization at the forefront of technology and innovation.

In this interview we learn more about Dr. Kohli’s background and the initiatives underway with SIIM.

HCB News: What inspired you to get into healthcare and more specifically, into imaging informatics?

Dr. Marc Kohli: I’ve been a computer geek since I was a little kid. My dad had an Atari computer that hooked up to the television and ran basic programs. I had a book of computer games that were basic programs and I typed them out line by line. I didn’t have any idea what the content really meant, except I knew that something fun would happen I typed at the end. I was lucky to grow up with technology in my household.

I studied computer science in high school and a little in college. When I got to the end of college, I was thinking about going to medical school and I thought I had to make a binary choice between medicine or computer science. I decided that computer science was a better hobby than medicine — most people frown on medicine as a hobby — so I decided to go to medical school. Once I was in medical school, I realized that decision was really a false choice because computers were really important to medicine and especially in radiology. I was lucky to get introduced to radiology early on in medical school as part of my first-year anatomy course. There was a hilarious radiologist Bob Tarver, who would come in on Fridays and teach the course. So, I approached him one day and told him I was looking for a job for the summer. He invited me to come do research in radiology. The rest is essentially history.

HCB News: How long have you been a member of SIIM?
MK: My first meeting was in 2006 in Austin. That’s kind of fun for me to be going back to Austin for the 40th anniversary during my time coming in as chair. I was a radiology resident at the time and attended as a representative of the Association of Academic Radiology Chief Residents. I didn’t go annually while I was a resident, but starting in 2009 I haven’t missed a meeting.

HCB News: What have been the benefits of your membership?
MK: I think the first thing is the relationships and people. A lot of people, when you ask about what SIIM means to them, say SIIM is their home. It’s where they speak with like-minded people and chat with people who just get them. That has certainly been my experience as well.
1(current)
2
3

Read more stories from the May 2020 issue