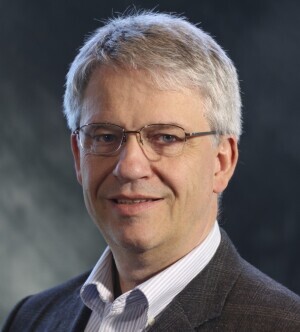 As we finish another week of COVID-19 dominating headlines, we’re seeing the impact of the disease seeping into almost every industry. Healthcare is feeling most of the heat as providers, in response to the growing infection, are being forced to rethink how they will monitor and treat the onslaught of critically ill patients. To top it off, hackers and cybercriminals may be tempted to exploit security weaknesses that could get exposed as our health system responds to this global pandemic, as we have already seen in targeted attacks on health agencies and hospitals be it for financial gain or out of political motivation.

A local incident could put additional burden on a healthcare provider and even further strain its resources or a large scale cyber attack could disrupt significant parts of our healthcare delivery system, putting patients in potentially life-threatening situations. It could also shutdown public networks and halt pertinent worldwide communications.

During times of crisis, heightened levels of activity, stress, and exhaustion cause people to make mistakes. From deploying new IT infrastructure in a hurry to accidentally clicking on a phishing email, these types of mistakes could be the opening for a security compromise.

On March 16, 2020, The Department of Health and Human Services (HHS) reported a cyberattack on its systems. Automated bots attempted to overwhelm the department's public system to slow or completely shut it down. The overload included millions of hits, though HHS confirmed no data was impacted or breached during the event.

A hospital in the Czech Republic - responsible for running tests for COVID-19 in that country - reported a cyberattack on its computer systems. A spokesperson for the hospital said it was not immediately clear how the breach would impact their testing capacity, ongoing research, and patients.

And in Illinois, the Champaign-Urbana Public Health District had its website hacked, disrupting services to around 200,00 people in the area. The website was taken down by a ransomware attack involving hackers demanding money for user access.

With hundreds - if not thousands - of hospital administrative staff working from home where fewer security controls are in place, proactive cybersecurity measures are now more important than ever before.

According to Black Book, over 93% of healthcare organizations have experienced a data breach since 2016 and 57% have had more than five data breaches during the same timeframe. According to the U.S. HHS Breach Portal (Wall of Shame), the number of reported healthcare breaches (over 500 records) more than doubled from 2010 through 2019 (199 to 506 reported breaches), with a record increase of 36% from 2018 to 2019 alone, affecting 237 million individuals over the 10 year reporting period. A global survey by the Ponemon Institute and IBM Security estimates it costs an average of $3.9 million to recover after a data breach.
1(current)
2
3

Experts discuss the best practices for remote reading at SIIM20