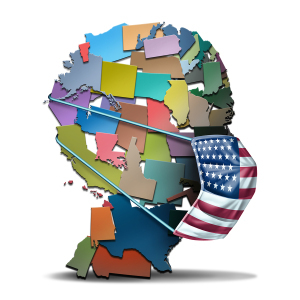 U.S. healthcare systems are struggling to stay financially afloat and are lacking in equipment necessary to combat and protect themselves against the growing COVID-19 crisis.

The pandemic has pushed a number of hospitals to the brink of exhausting what’s left of their financial resolve as the need to pay additional staff members, social distancing mandates and cutbacks in elective procedures continue to shrink revenues intended for operations. Administrators, clinicians and nurses are urging the government to provide federal aid for purchasing equipment to help treat patients, as well as personal protective equipment (PPE) to protect staff members from becoming infected, according to the American Hospital Association.

“We’re trying to figure out how to stay in business,” said Scott Graham, CEO of Three Rivers and North Valley Hospitals in rural Washington state, at an AHA press briefing on Saturday. “The revenue that typically comes in that we need to cover the cost of operating has dried up. We are now in a negative cash position and are using credit. We will exhaust all avenues to make payroll in the next three or four weeks.”

The effect is also being felt in urban areas, according to LaRay Brown, president and CEO of One Brooklyn Health System in New York. Prior to the outbreak, her practice was relying on more than $20 million a month from New York State to keep its safety net hospitals open.

“We are now looking at an additional cost of $30-$34 million a month from projected staff increases to cover surge capacity” she said, adding that replacing staff who are on furlough, self-isolating or caring for their children while city schools are closed has added to the exacerbation brought by the crisis.

A nationwide survey of more than 6,500 nurses conducted earlier this month by the union National Nurses United found the majority of U.S. health systems were ill-equipped to handle and contain the spread of COVID-19. A follow-up this week of more than 8,200 nurses from all 50 states, Puerto Rico, the Marshall Islands and Virgin Islands found little change, and even a worsening of conditions regarding the availability and supply of personal protection equipment (PPE) for a surge in patients — a very highly expected outcome.

Of respondents, only 55% reported having access to N95 respirators on their units, and 27% had access to power air-purifying respirators. Just 24% reported that their employer had sufficient PPE stock on hand to protect staff in case of a surge in coronavirus patients, and only 31% reported a plan in place to isolate patients with a possible COVID-19 infection. Twenty-three percent said their practice had no plan in place, and only 63% said they were trained in the last year on how to put on and remove PPE safely.
1(current)
2

US hospital incorporates drone transportation as part of COVID-19 response