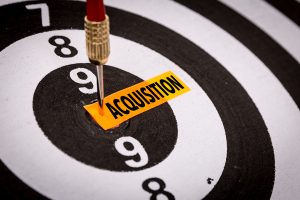 The Los Angeles-based RadNet will make an initial payment of approximately one million shares of RadNet common stock. It will then make additional payments over time that add up to approximately 1.5 million shares, and will be delivered to DeepHealth stakeholders upon the individual completion of certain milestones.

“Our whole team is excited to build on the unparalleled scale and capabilities of RadNet,” Dr. Gregory Sorensen, co-founder and president of DeepHealth, said in a statement. “As a result of RadNet’s operation of 335 facilities in some of the busiest markets in the country and performance of over eight million exams per year, its database of stored images and corresponding radiologist reports is as broad and as deep as any of which we have identified anywhere in the world. Furthermore, RadNet affiliates with over 700 radiologists and owns its own information technology infrastructure in eRAD.”

Formed in 2015, DeepHealth’s primary focus was originally on screening mammography, specifically 3D breast imaging, where the large volume of cases and the difficult nature of their interpretation increased demand for radiologists.

A former president and CEO of Siemens Healthcare North America, Sorenson founded the company in Cambridge, Massachusetts where he previously worked as a full professor at Harvard Medical School. He is set to join RadNet upon the closing of the transaction, where he will lead projects currently being developed by RadNet’s previously acquired Nulogix team and direct its AI strategy, acquisitions, partnerships, licensing and product development. https://www.dotmed.com/news/story/48140

RadNet invests almost 20% of its globally-billed net revenue on radiologist interpretation of images and completed approximately 1.4 million mammograms in 2019. This represented approximately 17% of procedural volume and 15% of revenue.

The addition of DeepHealth is expected to help RadNet further its stake in this area as well as make progress on other objectives, including obtaining FDA approval for certain mammography and prostate algorithms and for demonstrating certain features, functionality and radiologist productivity. This is also one of the achievements that upon completion, will secure part of the 1.5 million shares promised as payment for the acquisition.

“We have been tracking DeepHealth’s progress and evaluating its algorithms for some time,” Dr. Howard Berger, chairman and chief executive officer of RadNet, said in a statement. “Not only do we believe Greg and his talented team of developers and computer scientists are leading the field in AI solutions for mammography, but DeepHealth’s core competencies and human resources are the perfect combination to direct other important RadNet AI initiatives.”

The closing of the deal is expected to be April 1.