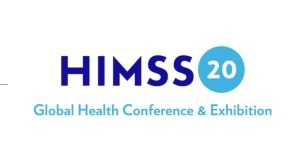 I think it's great news that Trump is going to HIMSS, because I believe he will be so amazed and impressed by what he sees and will have a better understanding of how complicated healthcare is and how important data is.

I think it was Bloomberg who said, "In God we trust, everyone else bring data".

I like that expression, whether you were a supporter of his presidential bid or not, you probably agree with the sentiment.

When President Trump visits HIMSS he will get an appreciation for how complicated our industry is.

I think that awareness will ultimately benefit everyone.