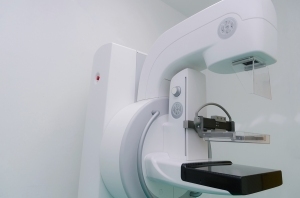 Women age 75 and over may be better off without annual mammograms, says a study by Harvard researchers
Screening women older than 75 for breast cancer may hold little to no value, according to a new study.

Researchers at Harvard T.H. Chan School of Public Health made this assertion in a study examining screening risks and benefits for women between 70 and 74, and women between 75 and 84. While small benefits associated with mortality were found in screening for the first age group, none were determined for those in the latter.

“A lot of women over 75 and 80 are receiving mammograms,” study author Dr. Xabier Garcia-De-Albeniz of the Harvard School of Public Health, RTI Health Solutions and Massachusetts General Hospital, told Reuters.

The decision about what age to stop screening is a much-debated question in medical circles that is based on the fact that modest potential harms associated with screening at some point outweigh the benefits. Evidence, however, is insufficient to show if women 75 and over incur more harm than benefit or less, according to The U.S. Preventive Services Task Force, resulting in 52 percent of women in the U.S. of this age group still undergoing regular mammogram screenings.

Teaming up with Massachusetts General and RTI Health Solutions, the group at Harvard used Medicare data to compare deaths from breast cancer over an eight-year follow-up period between women who received annual mammograms and those who stopped screening. Their study included more than one million women between 70 and 84 who had a mammography, a life expectancy of at least 10 years and no previous cancer diagnosis.

Otis Brawley, of Johns Hopkins University and former chief medical officer of the American Cancer Society, wrote in an editorial that such a study is important because there is little evidence to suggest at what age it is appropriate for screening to end.

"The study is important because a third of all American women who die of breast cancer are diagnosed after the age of 70," he told Reuters.

He asserts, however, that the main disadvantage is the fact that the data used was gathered between 1999 and 2008 when digital mammography was being introduced.

Despite this, the study authors say the current estimates of the benefits of screening in this age range reflect the current breast cancer treatments used in women over 70 potentially more than correlating to the limitations of mammography.

The findings were published in Annals of Internal Medicine.