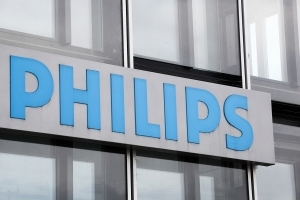 Healthcare tech giant Philips finished off fourth-quarter sales in 2019 with more than $6.6 billion (€6 billion), demonstrating a 3 percent rise in sales growth compared to the fourth quarter of 2018.

Income from continuing operations brought in more than $605 million (€550 million), and adjusted EBITA margin increased by 50 basis points to 17.9 percent, a rise from 17.4 percent of sales in Q4 2018. Comparable order intake increased by 3 percent, while adjusted EPS from continuing operations (diluted) increased by 9 percent compared to the same time in 2018. All business segments — which include Diagnosis & Treatment, Connected Care and Personal Health — experienced growth and increased profitability.

“Customers are keen to engage with us, and we see a strong interest in our innovative solutions, but also in the way we contract together in long-term, strategic partnerships,” CEO Frans van Houten told HCB News during a roundtable conference call on the results, adding that “the order book that we start 2020 off with is strong and underpins the momentum for 2020 in a good way.”

While mostly positive, fourth quarter results were hampered by income from operations which amounted to over $800 million (€730 million), down from over $845 million (€769 million) in Q4 2018. Operating cash flow also decreased, as did free cash flow from over $1.1 billion to just above $1 billion. van Houten attributed these negatives partially to flat markets, supply chain challenges, and the trade war between the U.S. and China.

“We were able to mitigate some of it, but it still had a net impact of €70 million (over $75 million), which is then close to 50 basis points in the results. It’s not small,” he said. “We have worked hard to change supply chains, but it has required more effort and sometimes it is not easily possible.”