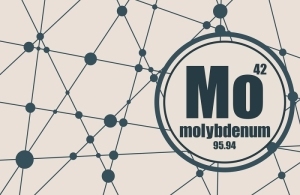 The news comes just over a year since the South African, state-owned nuclear medicine manufacturer resumed production, after a year of extended shutdowns that hurt its standing in the market for Mo-99 and those of other radiopharmaceuticals.

“It is an incredible achievement, which would not have been possible without the efforts of everyone at team NTP,” said NTP Group managing director Tina Eboka in a statement.

The company first suspended its operations in November 2017 when a hydrogen leak was discovered, leading to a loss of 3.5 million rand (more than $240,000) daily. It resumed operations in late February, only to once again close shop due to operators not ensuring the facility was in safe mode before starting production runs.

The loss of production led the Society of Nuclear Medicine and Medical Imaging (SNMMI) to issue a warning to providers to expect shortages of Mo-99 for nuclear medical exams, and placed greater pressure on nuclear reactors in other countries to make up for the deficiency in supply.

It also played a role in the dismissal of three board members of the South African Nuclear Energy Company (Necsa), the parent company of NTP, over what was perceived as a lack of leadership on their part, along with allegations of engaging in unauthorized foreign trips, relaying false information to the press, and approving unauthorized increases in remuneration.

While not directly affected, new concerns for NTP and its progress have arisen following the mass resignation of the entire Necsa board over what they perceived as a "dysfunctional" relationship with minister of Energy and Mineral Resources, Gwede Mantashe “due to his apparent unwillingness to address the deep financial problems facing Necsa”, reported The South African. Eboka contends that she and colleagues from Necsa are working closely with the Mantashe to address challenges facing South Africa’s nuclear sector.

“The Ministry clearly values the strategic importance of NTP as part of the Necsa family of companies, and all efforts and options being considered to enhance Necsa’s overall stability, viability and long-term sustainability will be beneficial to NTP’s own strategic contribution to the country and globally,” she said.