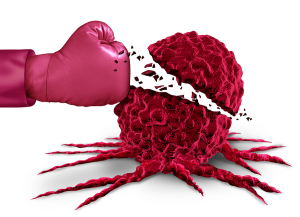 The almost three decade decrease is attributed to long-term drops in death for patients with lung, colorectal, breast and prostate cancer. Pace of mortality among these cancer types differs, however, with reductions in lung cancer deaths increasing from two to four percent per year overall in recent years, while those from colorectal, breast and prostate cancers have stalled, says the ACS’ Cancer Statistics, 2020 report.

"The exciting gains in reducing mortality for melanoma and lung cancer are tempered by slowing progress for colorectal, breast, and prostate cancers, which are amenable to early detection,” said cancer epidemiologist Rebecca Siegel, MPH, lead author of the report and director of surveillance research at ACS, in a statement. “It's a reminder that increasing our investment in the equitable application of existing cancer control interventions, as well as basic and clinical research to further advance treatment, would undoubtedly accelerate progress against cancer."

Cancer survival has improved since the mid-1970s for all of the most common cancers, excluding cervical and uterine. Death rates for breast cancer dropped by 40 percent from 1989 to 2017; for prostate cancer by 52 percent from 1993 to then; and for colorectal cancer by 53 percent from 1980 among men and by 57 percent among women, from 1969 onward.

Lung cancer death rates have dropped by 51 percent for men since 1990 and by 26 percent among women since 2002. The disease stands out from other forms of cancer due to increased progress made in recent years, with decreases in mortality among men growing from three percent annually between 2008 and 2013 to five percent per year between 2013 and 2017. The drop in deaths for women rose from two percent to almost four percent throughout these same time frames.

Lung cancer is still responsible for almost a quarter of all cancer deaths, outpacing those of breast, prostate and colorectal combined. Incidents of lung deaths increase annually, with a recorded two-to-three percent annual rise in case numbers between 2007 and 2016. The rate, though, has slowed compared to previous years. Incidents of cancers for kidney, pancreas, liver, oral cavity and pharynx (among non-Hispanic whites) and melanoma of the skin also continue to build.
1(current)
2