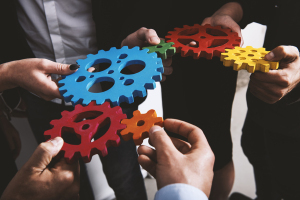 When managers fully understand the different ways in which individuals, including themselves, identify and communicate problems and solutions, also known as influencing styles, they’ll have a much better chance of achieving successful outcomes. This awareness also sets the stage for managers and staff to experience fruitful coaching experiences, which, according to Dr. David Munch, senior principal for Vizient Advisory Solutions, are critical to becoming an effective healthcare leader.

“Middle management is critically important to the design and execution of improvement and is responsible for seeing to it that the care is delivered as intended; that’s probably their most important role,” said Munch during a “Leading, Managing, and Coaching to Excellence” seminar he co-presented at the Institute for Healthcare Improvement’s 2019 National Forum, December 8-11 in Orlando, Florida. “Your time is much better spent coaching problem-solving than problem-solving itself — as a leader, as a manager.”

Munch began his discussion by describing how a good system works: “My best analogy of a well-written system is a symphony. Every one of those musicians has standard work in front of them; they have a process that they’re following. However, they have to coordinate with each other. The first violin has an ear for timing with the second violin to make sure the harmonies are going well. The second violin section actually has an ear toward percussion to make sure they’re on beat. There are all of these coordinations that occur between musicians, individuals, and departments, if you will — the wind sections, the percussion sections, the horn sections. And if it works as a system, it’s beautiful music. If it doesn’t, as maybe all of you have experienced, there’s some chaos and it doesn’t quite sound as good as you want it to.” To be an effective “healthcare conductor” you must motivate members and unleash their talents to grow and sustain a health system’s improvement initiatives.

Analyzing cost
“Most of the time when I review an improvement effort, I don’t see enough effort in the current-state analysis,” said Munch. “Every improvement effort should have as an initial analysis of the cost of poor quality — COPQ in Six Sigma terms — and based upon how we’re doing it now, what is it costing in respect to not only finance but possibly patient outcomes, or some other type of deficiency? Make sure you interview people within the issue, upstream and downstream, make sure you’ve observed it, make sure you’ve mapped it. Once you do that the cause will be much more likely to be found.”
1(current)
2
3