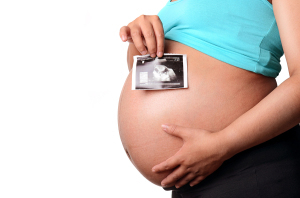 The Bump for Joy 3D prenatal imaging center in Louisiana has closed over souvenir-scan complaints from expectant moms.

"I wasn't even 13 weeks and I wasn't going there to find out the gender of my baby," Taylor Olivier told WBRZ in Baton Rouge, Louisiana, about her nightmare experience. But she couldn't resist the package owner Riley Meghan Dunaway offered — including gender identification.

Later that day she opened the sealed envelope with her family, and saw that it was a boy.

But on Facebook and from a friend, she learned of issues with the establishment and so got a second opinion — this time a girl.

Her post about the episode garnered hundreds of comments.

"The stories that these people are telling me are just heartbreaking. I mean, mine isn't anything compared to some of these people," Olivier said.

The state told WBRZ that no license or certificate is needed in Louisiana to run ultrasound procedures, although there should be physician oversight, and no findings should be offered — like identifying gender.

The website for Bump for Joy has been taken offline, according to the station.

This is not the first time prenatal ultrasounds have run into trouble.

In 2016, moms got identical 3D ultrasound fetal images at a Canadian clinic in Pickering, Ontario, BabyView Prenatal Imaging, which claimed a computer glitch resulted in the mistake.

The single mom was in the midst of a tough pregnancy and worked hard to save the money for the scan.

"I just wanted to see his face," Austin said. She was horrified when she realized the image she'd been cherishing as her own was identical to a stock photo on the clinic's website.

Again, Facebook played a role in uncovering the problem. It started when Jenn Cusimano of Oshawa, Ontario, posted her image in early May. Then in April a second mom posted her image — only it was identical.

"I was immediately enraged," Cusimano said at the time. "I thought 'Maybe it was a mistake', but there was something telling me it wasn't."

When Caitlin MacConnell of Ajax, Ontario, spotted the pictures, she realized that her baby image, too, was the same. She told the news site that she was "completely heartbroken.”