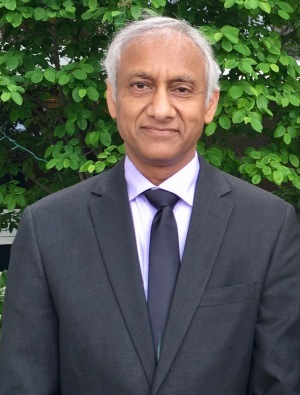 HCB News: Why is lung cancer screening more important than ever before, and what are the life-saving opportunities it presents?

Dr. Samir. J. Parikh: Lung cancer is a leading cause of death in both men and women. In fact, more people die of lung cancer than any other cancer, including breast, prostate and colon cancers. The disease’s mortality rate is high because it often goes undiagnosed until the later stages, when treatment is difficult. But it doesn’t have to be that way — and we can change it with low-dose CT (LDCT) lung cancer screening. The National Cancer Institute demonstrated this with the National Lung Screening Trial (NLST), which revealed that participants screened with LDCT were at least 20 percent less likely to die from lung cancer.

HCB News: What is the importance of early detection of lung cancer?
SJP: Screening for lung cancer saves lives! In general, by the time a patient comes to seek medical attention related to lung cancer, it is usually Stage 3 or Stage 4. At that stage, the five-year survival rate is dismal — only 5 percent. By offering screening, we can detect the cancers at an early stage, before the patient is even experiencing symptoms. However, when we detect lung cancer at an earlier stage, the five-year survival rate can reach upwards of 90 percent. In addition, the patient’s overall quality of life can improve as well.

HCB News: Why did you and your health system decide to implement a lung cancer screening clinic for the patients you serve in Jackson, Mich.?
SJP: There is a very high association of lung cancer in smokers, and in Jackson County, 30 percent of our population smokes. The numbers are even higher in Jackson city, where 35 percent of residents are smokers — compared with 23 percent of residents throughout the state of Michigan. Because we have a significantly higher number of smokers in our community than in the rest of the state, we realized that lung cancer screening could make a positive impact on our population health.
1(current)
2
3