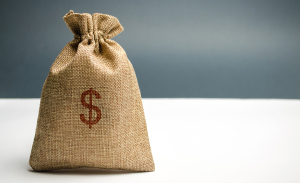 The award is the fourth and final agreement issued by the DOE’s National Nuclear Security Administration for the 2019 fiscal year, the aim being to increase the number of domestic supplies of the isotope in the U.S. It follows three others awarded in July to Niowave, NorthStar Medical Radioisotopes, and SHINE Medical Technologies.

“We greatly appreciate this new cooperative agreement award and the continued financial and technical support provided by DOE/NNSA, which will help NorthStar expand Mo-99 production capacity and efficiency, as well as support enhancements to the RadioGenix System to continue optimizing utility in radiopharmacies,” said Stephen Merrick, president and chief executive officer of NorthStar, in a statement upon receiving its award. “Like DOE/NNSA, NorthStar shares a vision of protecting national security and the environment while providing the nuclear medicine community and the patients it serves with a reliable domestic supply of Mo-99 produced without highly enriched uranium.”

Growing demand and aging nuclear plants have created pressure around the world to produce stable supplies of Mo-99 without HEU. The U.S., which consumes half the global volume of Mo-99, only recently established its first domestic supply last year in more than 25 years, set up under NorthStar.

With the funding, Northwest will be able to build up a supply of approximately 3,000 six-day curies of Mo-99 per week which will be used to generate Technetium-99m, a radioisotope used in more than 40,000 medical diagnostic procedures daily in the U.S. for the diagnosis of cancer and heart disease.

The DOE/NNSA has agreed to support companies in this objective, in accordance with the American Medical Isotopes Production Act of 2012, which requires the DOE/NNSA to implement a technology-neutral program, in cooperation with non-federal entities. Congress supplied $40 million for the awards in FY 2018 and $20 million in FY 2019, and instructed the department to issue a Funding Opportunity Announcement to competitively award cooperative agreements.

The NNSA, in turn, has agreed to fund each agreement with $15 million, with matching funds for the same amount required from each award recipient.

“Mo-99 is a critical medical isotope that empowers us to fight back against heart disease and cancer,” said Lisa Gordon-Hagerty, DOE under secretary for nuclear security and NNSA administrator, in a statement. “These agreements will facilitate its domestic production without highly enriched uranium, greatly reducing the potential for proliferation of nuclear materials.”

Niowave is located in Lansing, Michigan; NorthStar is in Beloit, Wisconsin; and SHINE is in Janesville, Wisconsin.