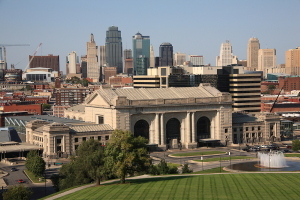 Cerner is cutting 255 people at its Kansas City operations in the hope of raising operating margins to 20 percent by the end of 2019. The area is the company's home base and it has about 14,000 employees there, with a total of 30,000 workers worldwide, mostly in the U.S., India, Germany, and the U.K.

“As mentioned in our earnings call earlier this year, we're looking to identify organizational efficiencies as we implement our new operating model. Part of that strategy includes a realignment of resources focused on key growth areas across the company. We've onboarded nearly 3,000 associates this year and will continue to hire hundreds more throughout 2019, many of those in Kansas City. Impacted associates are eligible for those opportunities,” Cerner said in a statement sent to the Kansas City Business Journal.

The company had been dealing with activist investor Starboard Value, which had sought board spots and won a struggle for both cost and structural changes. Cerner reached a deal with the hedge fund in April, which included having Cerner better its operating margin — to 20 percent in 2019 Q4 and 22.5 percent by Q4 2020, as well as adding the new board members. John Greisch, Halsey Wise, Melinda Mount and George Riedel were added to the board — Greisch and Wise were picked by Cerner, Riedel and Mount were Starboard Value picks, according to Reuters.

“We are committed to delivering significant operating margin improvement and returning capital to our shareholders, while maintaining an unwavering focus on delivering value to our clients,” Cerner chairman and chief executive officer Brent Shafer said in a statement at the time.

During the July conference call, CFO Marc Naughton said that voluntary separations had saved $40 million, and that plans called for cost-cutting to save roughly $200 million by the end of 2020.

As the domestic market for digitizing health records has become saturated with competition, early innovator Cerner has had to diversify. Its CEO Shafer has taken to talking about the firm's current change as a “transformation,” according to the Kansas City Star.

During the same July call, he referred to the steps taken, including the push to greater efficiencies and some 165 initiatives now underway to cut costs and streamline the business by noting, “since introducing our new operating model earlier this year, we’ve made considerable progress in realigning the company in a more client-centric manner.”