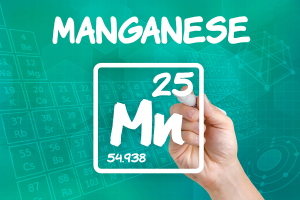 Researchers at Massachusetts General Hospital have reported that a new manganese-based agent (Mn-PyC3A) yielded tumor contrast-enhancement similar to gadolinium-based (GBCA) products, and is cleared faster and more thoroughly, as well.

The study appeared in the journal Investigative Radiology. Its senior author is Eric M. Gale, Ph.D., assistant in Biomedical Engineering at MGH, and assistant professor in Radiology at Harvard Medical School (HMS).

Manganese offers the advantage of being tightly bound to a chelator, so that it doesn't interact with cells or proteins and thus, can be rapidly eliminated. "Without a chelator of sufficient strength, the manganese will be taken up by the liver and remain in the body," Peter Caravan, Ph.D., one of the study's authors, co-director of the Institute for Innovation in Imaging (i3) at MGH, and associate professor of Radiology at HMS, said in a statement.

There still is a place for GBCAs, according to Dr. Derek Erstad, clinical fellow in the Department of Surgery at MGH and lead author on the study. “A number of conditions require multiple follow up scans with GBCAs that result in increased gadolinium exposure” he noted, adding, “for instance, women with a high risk of breast cancer, brain cancer survivors, or patients with relapsing multiple sclerosis may receive frequent GBCA enhanced MRIs for surveillance.”

The study looked at the Mn-PyC3A agent versus a pair of GBCAs in mouse models looking at cancer tumor detection — and found the results “comparable.”

Fractional excretion and elimination of Mn-PyC3A in rats found the agent “more completely eliminated” versus GBCAs.

The new manganese-based agent is not the only alternative to GBCAs on the horizon. In mid-2018, nanoscientists at Rice University and the University of Texas MD Anderson Cancer Center developed an alternative contrast agent that outperformed gadolinium in tests.

By embedding iron chelates inside nanoparticles, the researchers created a modified version of concentrated layered nanoparticles known as nanomatryoshkas, combining and applying it with another set of nanoparticles, nanoshells, to produce a twofold improvement in T1 MR contrast performance.

"Putting a magnetic ion inside a larger nanoparticle enhances MR relaxivity by lowering the tumbling frequency of the ion compared to a much smaller molecular chelate. In an individual nanoparticle, you can have more than 100,000 magnetic ions, compared to a single ion in a chelate," Naomi J. Halas, director of the Smalley-Curl Institute and Stanley C. Moore Professor of Electrical and Computer Engineering at Rice University, told HCB News at the time. "Both effects together give a stronger response (T1 relaxivity) than what is found in Gd chelate that is in common use worldwide."