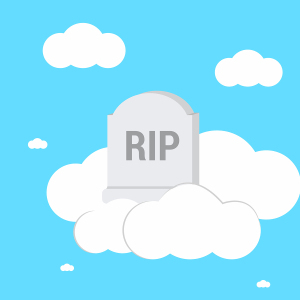 “Any radiologist who plans to practice in 10 years will be killing patients every day,” Silicon Valley investor and Sun Microsystems founder Vinod Khosla told the audience during his keynote talk at the recent Creative Destruction Lab’s Super Session in Toronto.

The long-time AI promoter was making the point he has been espousing for years, namely that due to advances in in artificial intelligence, software will be so effective in the near future that there will be no need for human image interpretation, according to TechCrunch.

“Radiologists are toast,” he told the audience, adding that radiology “shouldn’t be a job,” and that as AI advances continue, humans who continue to diagnose from imaging will “be causing deaths, because [they] choose to practice.”

His position is not new — he has been making the case in public statements since early 2017 — at which time he stated that he thought some types of physicians, including oncologists, could be “obsolete” in five years.

At this most recent address, Khosla said that he now felt the timeline would be more like 15 years.

For long-term AI watchers and medical professionals alike, the timeline for such AI revolutions are not just ambitious, they have a history of repeatedly slipping off into the future.

For some observers, such as computer scientist Geoffrey Hinton, the 5-year prediction was also compelling back in 2016.

“I think if you work as a radiologist, you’re like the coyote that’s already over the edge of the cliff, that hasn’t yet looked down, so doesn’t realize there’s no ground underneath him,” the British-Canadian said in a 2016 video screened at the SIIM-NYMIIS Regional Meeting in New York City in 2017, adding that, “people should stop training radiologists now. It’s just completely obvious that within five years, deep learning is going to do a lot better than radiologists because it’s going be able to get a lot more experience.”

It would seem that despite significant investments and efforts to replace people with machines, calls for the demise of human specialists remain premature.

Back in 2018, for example, the ambitious Watson Health project faced criticism, especially when a Stat article reported on internal company documents said to show “multiple examples” of treatment recommendations that were wrong or unsafe.
1(current)
2