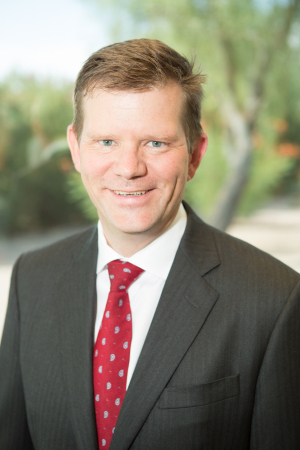 Last year, HealthCare Business News spoke with Dr. James Whitfill, senior vice president and chief transformation officer for HonorHealth, as he headed into his first year as chair of the Society for Imaging Informatics in Medicine. Whitfill was optimistic about the future of the organization and enthusiastic about the role he would play in shepherding its development. One year later, that optimism and enthusiasm remains. HCB News recently spoke with Whitfill to get the latest.

HCB News: How long have you been involved with SIIM?
Dr. James Whitfill: I think it’s coming up on 15 years since I started, joining as a member and going to the annual meetings.

HCB News: What inspired you to rise to the level of chair?
JW: One of the things that’s really amazing about SIIM is that you can get very involved and work with senior leaders. After my first or second SIIM meeting, I remember talking to Brad Erickson who was a senior person in the organization. I talked about how great I found the conference and how I wanted to participate and the next year I got a call to put on a talk. It was a lot of fun. Within a few years, I was asked to join the board — that was in 2009. It’s important to note because recently our executive director Anna Marie Mason, after decades of service, announced that she was going to retire. So we knew the person who was going to be chair during this period of time would be serving during a time when we’d have a huge transition. We brought in a new executive director, Cheryl Kreider Cary, who’s been amazing. But we wanted a board chair during the transition who’d been around a long time and who could be that continuity as we brought on a new leader. Being able to provide that continuity was a key piece in my decision to increase my involvement. I think the other thing is that it’s an organization I feel a deep fondness for. It’s been a place where I’ve made great friends, it’s been a key part of my development. So my time as chair has been a way for me to give back on a volunteer basis to an organization that’s given me so much.

HCB News: When we talked last year, the big initiatives you were championing focused on machine learning and enterprise imaging. Are those still the big focuses? Has anything changed?
JW: I think that there are outward facing initiatives, things that our members and people in the press see, and certainly machine learning and enterprise imaging remain big areas of focus with a lot of exciting things going on. But as the chair, one of the things that I’ve been really working on is spending time on the inside of SIIM and the governance piece. We’ll be having our 40th annual meeting next year and we've certainly evolved over that time and grown as a society. Yet we haven’t necessarily looked under the covers enough. So Cheryl and I have really spent a lot of time on improving the transparency of our board and our leadership. We’ve put in evaluation processes to make sure that even the chair gets evaluated and the board evaluates itself. These aren’t necessarily exciting ideas, but it’s laying the groundwork for the next 40 years of growth. We’re not changing things dramatically, but we want its membership and its governance to be able to navigate the coming decades.
1(current)
2
3
4