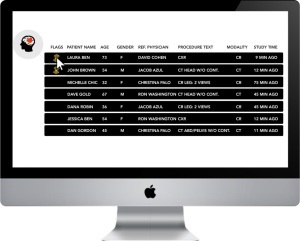 HealthPNX
The FDA has cleared Zebra Medical Vision’s latest imaging-based AI tool for distribution to providers throughout the U.S.

Used to assess chest X-rays, HealthPNX is designed to alert clinicians to "stat" findings that suggest the presence of pneumothorax, a condition in which gas accumulates within the pleural space between the lung and chest wall. The condition is one of the hardest to interpret and risks causing total lung collapse and potentially fatal complications if not promptly addressed.

“PNX is very subtle and may be missed by ICU and ER clinicians, and even by radiologists, especially during night shifts and with trauma patients,” Eyal Gura, co-founder and CEO of Zebra Medical Vision, told HCB News. “The product is alerting the team to take a look on certain files and by doing so decrease the amount of time it would have taken them to see the PNX.”

Around 74,000 Americans annually are misdiagnosed or receive late diagnoses of Pneumothorax.

Capable of evaluating CXR and digital radiography scans, the technology is part of Zebra Medical Vision’s All-in-One (AI1) package, and was trained with millions of images to identify 40 common findings. The detection of any of these indications causes the system to flag the scan so that a radiologist can address it in a timely manner, saving physicians up to more than 80 percent of the time needed to reach the acute condition, compared to the conventional First in First Out (FIFO) methodology.

In addition, the patent-pending algorithm carries a high rate of agreement with human radiologist experts, a contrast to the high rate of disagreements among experts who manually interpret the findings, according to the Textray study which assessed performance in reducing turnaround time and increasing radiologist’s confidence in making diagnoses.

“FDA clearance provides access to the U.S. market, which is very important to Zebra and its channel partners,” he said. “In addition, it provides a stamp of quality and a signal for decision-makers in other markets.”

How will the healthcare industry be different in a post-pandemic world?