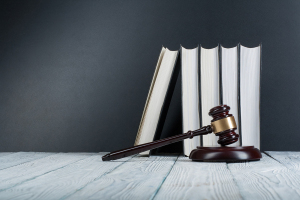 A million-dollar suit by a fired Indian radiologist claiming she was canned by Marlboro Hospital because of her age, sex, disability and nationality drew a step closer to trial last week, when the case landed on the desk of U.S. District Court Judge Timothy S. Hillman in Worcester, Massachusetts.

Dr. Charu S. Desai, 69, named the hospital and UMass Memorial Medical Center, UMass Medical School, and UMass Memorial Medical Group in the eight-count suit. It alleges that she made less than male colleagues, was not allowed to adjust her work because of a disability due to a heart condition, that the investigation into the quality of her work was fraudulent, and that she was discriminated against because of her age, gender, and because she is a native of India, according to Worcester, Massachusetts, Telagram & Gazette.

The suit also claims she was defamed.

Starting in approximately 2016, “she was subjected to disparate treatment compared to her white, male, younger, U.S.-born and non-disabled colleagues who performed the same or substantially similar work,” the lawsuit alleged, according to the paper. “Then, in 2018, she was falsely accused of performance deficiencies, terminated, and will be replaced by a white, younger, U.S.-born and non-disabled radiologist with less experience.”

The organizations named in the suit told the paper that it was their policy not to comment on legal matters still pending outcomes.

In the court filing, Desai’s attorney, Patricia A. Washienko, alleged that, in addition, her client was just one of a number of doctors over 40 who were forced out – and that complaints of younger physicians making more had gone back to 2013.

Beyond that, claimed the suit, Dr. Stephen Tosi, president of the Medical Group, “reprimanded” Dr. Max Rosen, chairman of radiology at the Medical Center, over the salary issue in 2016 and asked for adjustments to be made.

Desai was also not allowed to cut down on her clinical days by 12, and to have a workstation at home to adjust for her disability.

Washienko also alleged the work review — the reason for Desai's dismissal — was a fraud and that Rosen would not turn over its records for examination.

“Remarkably, although defendants claim that the review which concluded that Dr. Desai’s CT scan readings were of poor quality began in 2016, Dr. Rosen nevertheless continued to permit her to perform CT scan readings through March 2018,” Washienko wrote, according to the Telegram.

This is not the first discrimination suit by a radiologist over age. In 2016, radiologist Dr. Nathan Hall, 41, won a $100,000 discrimination lawsuit against former employer Ohio State University Wexner Medical Center. The institution admitted no wrongdoing, however.

Hall complained at the time that “criticism" and “arbitrary and (and unattainable) productivity demands” started when Dr. Richard White was hired as the chair of the Radiology Department in 2010, according to a report in The Lantern, a campus news publication.

PPE is no silver bullet for keeping frontline staff safe