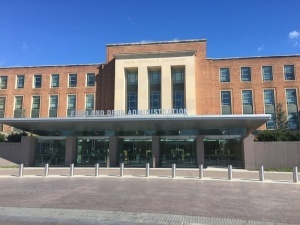 “The FDA absolutely should be making all of this information available,” said Diana Zuckerman, president of the National Center for Health Research, who has testified to Congress and the FDA.

The latest KHN reporting adds more fuel to the controversy stemming from its earlier expose in March on the scope of “exemptions” from the regular rules of public reporting for medical device injuries and failures.

The numbers of these “alternative summary reporting” (ASR) exemptions, Zuckerman added “takes my breath away," KHN has now reported.

In a recent interview with the news organization, FDA chief Dr. Scott Gottlieb, who is leaving his post April 5, confessed to the news agency that he “wasn’t aware of the full scope of the reports that weren’t going into MAUDE [the FDA public-facing database of device safety reports].”

He added, however, that there are no “immediate plans” to make safety reports public – although there is a review going on to see if there are “ways to make ASR data received prior to 2017 more easily accessible.”

According to KHN, FDA data shows that there have been over 2 million such reports since 2014.

Other experts also weighed in on the KHN revelations. For Dr. Alan Shapiro, an associate professor at the New York University School of Medicine and a MAUDE user, this is the wrong approach to the data – more eyes on this type of material are bound to improve safety.

“The FDA isn’t so capable that they can afford to hide data,” he said, according to KHN.

The bottom line, added Alan Card, an assistant professor and patient-safety researcher at the University of California-San Diego School of Medicine, is that “there are a lot of people out there who are trying to make reasonable decisions on data that isn’t what it was purported to be.”

An agency spokeswoman told KHN that the FDA revoked most of the “alternative summary reporting” exemptions in mid-2017.

In 2018, the agency decided to permit filing of a summary report for malfunctions, meaning that makers of 5,600 devices now need no special exemption to file this way. A single public report is sent to the agency for a unique malfunction. After that, reports of like problems are sent to the FDA directly and are not readily available to the public.

The exemption issue involves hundreds – even thousands – of injury and malfunctioning events. For example, KHN had determined from FDA records that “some cardiac device makers have filed hundreds of death reports under the registry exemption. The FDA confirmed that nearly 12,000 litigation summary reports related to injuries associated with pelvic mesh were filed in 2017 alone.”

In its February industry guidance, “The Least Burdensome Provisions: Concept and Principles,” the agency noted that, “in some cases, FDA has allowed manufacturers to provide a summary MDR [medical device report] generated from a specific registry each quarter. These approaches can streamline the drafting and submission of MDRs for industry, and review of MDRs by the agency, while maintaining or enhancing the quality, utility, and clarity of MDRs through a more holistic view of reportable event trends.”