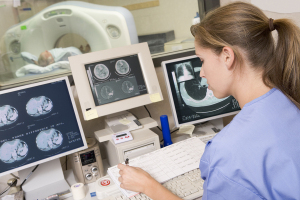 A novel measurement approach from NIST scientists could make it easier to calibrate CT scanners.

The approach, reported in the journal PLOS ONE, would let X-rays from different CT scanners be compared more easily, which, in turn, could help facilitate patient care and physician communication when discussing results from different machines.

"If the technical community could agree on a definition, then the vendors could create measurements that are interchangeable," said paper author and NIST physicist Zachary Levine, adding that, "right now, calibration is not as thorough as it could be."

The approach could set the stage for CT measurement standards linked to the International System of Units (SI) “by creating a more precise definition of the units used in CT – something the field has lacked,” noted NIST researchers.

"Basically, we've shown that you can create a CT scanner performance target that any design engineer can hit," Levine said. "Manufacturers have been getting different answers in their machines for decades because no one told their engineers how to handle the X-ray spectrum. Only a small change to existing practice is required to unify their measurements."

A CT scanner is calibrated using phantoms – something with a known radiodensity. But a pair of problems makes calibration a bit tricky. First, the machine's tube spews out photons with different wavelengths that then must be averaged, and the tube has to be adjusted depending on the density of the object being scanned, which makes for a spectrum that is harder to calibrate across all voltages.

Beyond that there are variations between machines from different makers, which makes the idea of a machine-independent standard even harder.

"You want interchangeable answers regardless of what CT machine you use and when," Levine said. "For one thing, you want doctors to be able to communicate between hospitals. Let's say a patient needs a follow up but is somewhere far from home, or the same scanner got a software upgrade that changes the number of HUs [Hounsfield Units]. If you can't measure accurately, you can't improve your technology."

A universal standard would also be a boon for treatment and diagnosis.

"Better comparisons among scanners might allow us to establish cutoff points for disease – such as emphysema getting a particular Hounsfield score or lower," he noted. "It's also common for CT scans to turn up suspicious growths that might be cancerous, and a doctor commonly orders an MR as a follow up. We might eliminate the need for that second procedure."

What NIST did, in an effort to set up universal standards, was to create phantoms with different concentrations of chemicals found in the body and then use CT to compare radiodensities.

"Executing this idea was tricky, because the volume of a mole depends on the size of a given chemical molecule," Levine noted, explaining, for example, that “a mole of salt takes up more space than a mole of carbon.” To make the calculations trickier, the air in the powders is an additional factor.

The team overcame the problems of comparison by employing a linear algebra technique. They needed to do that because, although each chemical could be represented by a pair of numbers, the entire phantom was 13-dimensional. With their math technique they were able to reduce the 13 to 2 dimensions for analysis.