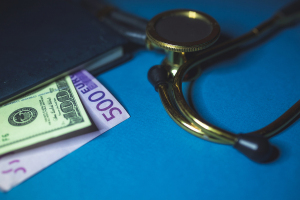 Yesterday I landed in Vienna to join our ECR team and I walked the show floor when only the exhibitors were present. In addition to running into some old friends I also struck up a number of conversations with vendors.

One think I remember from doing the same thing at RSNA is the general feeling that there is pent up demand in the diagnostic imaging space.

There is the perception on both sides of the ocean that the age of the average "everything" is older than it was 15 years ago. Whether it is CT, MR, ultrasound or X-Ray, all equipment is being kept longer.

If you live in the U.S. you know how dysfunctional the market is and that funds for upgrading are in short supply. The same is true in Europe it seems.

All this is happening when there is greater demand as there are larger populations in both regions and people are living longer.

It seems that in Europe like the U.S. the average "person on the street" cares more about healthcare than just about anything.

Something has to give. Sooner of later our politicians will either get their act together or get voted out.