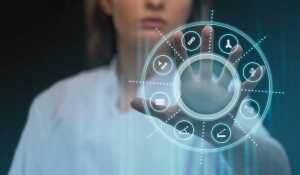 On display at RSNA
Royal Philips announced on Monday at the RSNA annual meeting in Chicago that the University of Utah Health is one of the first to leverage its Philips Illumeo PACS with adaptive intelligence.

Dr. Richard Wiggins, a neuroradiologist at the university, told HCB News that he used to look at between 2,000 to 2,500 images per day when he started his career 25 years ago. Today he looks at around 250,000 images per day.

“All of the data has exploded,” he added. “The CT and MR studies that we do all have a lot more data than they used to. Everyone is trying to figure out how to get through that data faster and more efficiently.”

The University of Utah Health has a large referral base that requires them to look at half a million cases per year. Traditionally, the radiologists had to pull up a case in the PACS and spend time finding the matching new and old images.

But Illumeo leverages adaptive intelligence and analytics to find all those similar series of studies and places them side-by-side, so the radiologist can see if lesions are getting larger over time.

“If I’m looking at a post-contrast brain tumor, I can right-mouse-click and tell the system to look at the archive and see if there are any other post-contrast MRs of the brain,” said Wiggins. “Then I can pull them all up in another window next to each other so that I can easily tell if this thing is getting bigger or smaller.”

Illumeo also features an automated process for study promotion that prioritizes the most urgent cases. Because of that, radiologists can deliver reports in time for follow-up appointments that are taking place later in the day.

“Frequently people call up and they all want their studies done STAT, but we can set rules and label things in a lot of different ways,” said Wiggins. “If I know someone is being sent to the clinic today after their MR, and another patient is being seen tomorrow, I can label those cases with different rules so the patient being seen in the clinic today gets moved to the front of the list.”

He added that although a lot of people are talking about whether robots are going to replace radiologists, he doesn't think that's a possibility for at least another 50 years. Right now he prefers to focus on how these computers can help him better interact with the increasing amount of data coming his way.