Bringing a ‘hive mind’ approach to AI in radiology 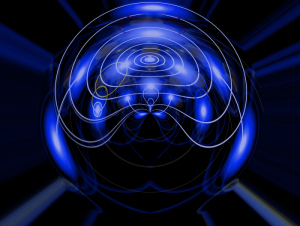 From the November 2018 issue of HealthCare Business News magazine

There has been some handwringing over the evolution of AI and its elevated role in imaging. Some radiologists are concerned that much like technology displaced people in the automobile industry decades ago, or in settings like grocery stores more recently, their careers could take a hit. Yet, the results of some recent work between Stanford Medical University and Dr. Louis Rosenberg’s company, Unanimous AI, may serve to set their minds at ease.

Rosenberg’s company, Unanimous AI has been working with “hive mind” AI technology since it was first introduced to the healthcare space around 2014. It’s a different approach to the traditional AI methods. In the AI that dates further back, algorithms train on large amounts of data from a huge data base. In radiology, that means training on hundreds of thousands of images. This gives the AI a vast amount of information to draw upon when reviewing imaging studies. When the AI sees something that’s a perfect match to imaging it’s been trained on, it’s able to make very accurate diagnosis. However, when information comes up that deviates from its experience, the accuracy falls. It’s in the latter cases that the hive mind comes into its own by using the power of a “swarm”.

“With a swarm, we’re saying that AI isn’t here to replace human doctors with algorithms, it’s instead available to amplify the intelligence of those human doctors by connecting them together in real time,” said Rosenberg. “So we’re able to harness the best combination of knowledge wisdom and insight. They’re basically thinking together as a super intelligence.”

The study conducted with Stanford Medical School was the first academic study to test this concept of a swarm mind in a rigorous way and the results were exciting to the researchers because it performed better than individual doctors on their own, but it also performed better than the best purely algorithmic software that’s out there. “We started working with Stanford Medical School because they’ve been looking at different ways to use AI in radiology for a while. They published a study last year on a different system called ChexNet. The study was the first to show a purely algorithmic system could outperform radiologists,” said Rosenberg.

While the study showed a purely algorithmic-based system could outperform human doctors, Rosenberg felt those results didn’t paint a full picture. “What if we took a group of doctors and used swarm AI to amplify their ability – would that take the crown back for the humans?” he asked.
1(current)
2