Why Amazon’s winning the healthcare battle

Why Amazon’s winning the healthcare battle 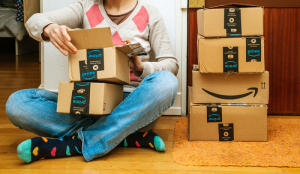 When Amazon recently announced it was buying the online pharmacy PillPack for just under $1 billion, it sent the stocks of drugstore companies tumbling, as investors worried that the retail giant would soon overthrow the pharmacy market.

Although investors had a knee-jerk reaction, the partnership is another positive sign that Amazon is truly serious about disrupting the healthcare landscape in America – and that’s good news for all consumers.

The lasting Amazon/J.P. Morgan/Berkshire Hathaway effect
Earlier in the year, Amazon announced a huge partnership with J.P. Morgan and Berkshire Hathaway to fix heath care for their employees and tackle the problem of rising costs. Some industry pundits thought the partnership was just lip service. But Amazon is proving with this newest acquisition that they’re continuing to put their money where their mouth is.

Atul Gawande, the group's recently named CEO, recently spoke about his plans to target waste in the healthcare system, including high prices associated with things like administrative costs and prescription medicines. The PillPack offering will come in handy as the partners look to distribute affordable medicines to their 1.2 million combined workforces – buying a pharmacy is an efficient way to cut out expensive middlemen, and it’s well known that pharmacy costs are an astronomical part of the healthcare value chain.

Challenges ahead?
Walgreen CEO Stefano Pessina went on record saying the company wasn’t “particularly worried” and added, “Walgreens is not complacent, but the pharmacy world is much more complex than just delivering certain pills or packages. I strongly believe that the role of the physical pharmacy will continue to be very, very important in the future.”

It’s not surprising Walgreens would downplay news that could impact their stock price, however, the CEO did make a good point: a big challenge Amazon/PillPack will be up against is patient relationships at physical pharmacy locations, something that can’t be duplicated via mail. For example, professional pharmacists can explain nuances of patients’ drug-to-drug interactions. They understand what it means to dispense things like opioids and other products, and they understand and can explain the regulatory framework and the larger clinical issues affecting the patients that they work with every day.

Amazon’s in it to win it
Challenges aside, PillPack ultimately gives Amazon an immediate nationwide presence in the prescription-drug market and puts tremendous resources behind Pillpack's efforts to create a better experience for people who get drugs through the mail.