Henri Becquerel and the origins of radioactivity

Henri Becquerel and the origins of radioactivity 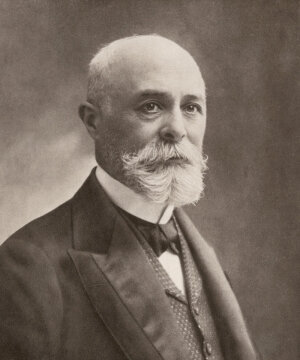 When one considers the fact that Henri Becquerel discovered radioactivity just over 120 years ago, but evidence of the oldest-known surgical procedure, trepanation, dates back thousands of years, it’s easy to understand why nuclear medicine is still considered a young field.

It’s also a field that’s growing by leaps and bounds both in technology and the potential for providing better patient outcomes. Wilhelm Röntgen is lauded for discovering X-rays, with tributes going as far as having a society named after him. And his wife provided one of the most notable research quotes outside of “eureka” with her statement, “I have seen my death.” Still, haunting quote from his wife or no, Becquerel’s discovery the following year is still monumental in its importance.

Becquerel, like many at the time, was intrigued by Röntgen’s discovery, which he learned of during a meeting of the French Academy of Sciences. Becquerel had already been researching phosphorescence, which may have been inspired by the research 40 years prior by Abel Niepce, an acquaintance of Henri’s father.

Röntgen’s discovery sent Becquerel’s research in a new direction, as he delved into studies looking for a link between his research into phosphorescence and X-rays. Becquerel was working with uranium salts, or potassium uranyl sulfate. His key discovery occurred, as often seems the case (think Fleming’s discovery of penicillin), by accident. He would expose the material to sunlight and then place it on photographic plates, which he then wrapped in black paper to test the phosphorescence. During the course of his research, there were two heavily overcast days in Paris. He continued his experiment anyway, possibly as a control, and when he developed the plates, he was surprised to see that the plates still offered clear images. Just a few months after Röntgen’s discovery, Becquerel’s own research using non-phosphorescent uranium salts led him to correctly conclude that some elements contain and emit radiation without needing to be “charged” by an external energy source. Or to put it more simply, he had discovered radioactivity.

After his initial discovery, Becquerel conducted more experimentation to divine if the radiation he discovered was different than X-rays. He sent the radiation through magnetic fields and found that it reacted to them, meaning that it held a charge, while X-rays do not. His research also led to the discovery of thorium’s holding radioactive properties.

His discovery and his hypothesis regarding radioactivity was presented to the French Academy of Sciences, where the members listened politely, but with little interest, before moving on to other orders of the day. Later experimentation, which didn’t reproduce earlier results as well, led him to doubt his hypothesis. However, the work served to inspire his doctoral student, by the name of Marie Curie, to continue the research. It was Marie and her husband Pierre who would come up with the term “radioactivity.”

While Becquerel left his line of research for a few years, he would return to it in a way when he worked with beta particles. Again, a stroke of luck occurred – at least for his research, possibly not for his personal health – when a piece of radium in his pocket gave him a radiation burn. That energy, as we all know now, could be harnessed to provide cancer treatment in the form of radiotherapy. Yet, as we also know now, it can be a dangerous energy to work with. Like Marie Curie, Becquerel’s death was likely caused by exposure to radiation through research.

Becquerel was 55 when he died on August 25, 1908 just 12 years after discovering the unique properties of some elements that would revolutionize healthcare decades after his death.

While he doesn’t have a society named after him, he has received posthumous honors with the mineral Becquerelite named for him, as well as the Becquerel craters on the Moon and Mars. And what would have likely been the greatest honor for a scientist and researcher of Becquerel’s caliber, the International System of Units (SI) carries the Bq, its abbreviation for Becquerel, as the noted unit for radioactivity. 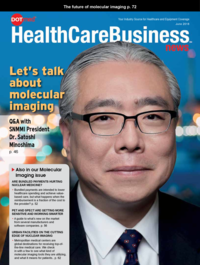 Breaking down the challenges of justification for medical imaging exams