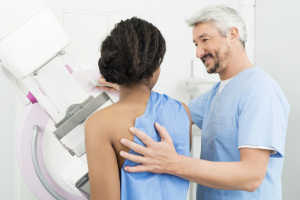 “If high-risk women are to benefit from earlier screening, they have to be identified early as well,” Dr. Debra Monticciolo, chair of the ACR Breast Imaging Commission, told HCB News. “These women are at risk of cancer at younger ages, so we have to move the bar up for them. We don't want to wait until they have a clinically apparent cancer, which is more difficult to treat and more likely to result in breast cancer death.”

ACR and SBI continue to recommend that women at average breast cancer risk begin annual screening at age 40. The risk assessment at age 30 is to determine if the patient requires screening earlier than age 40.

But it’s still not known whether CMS and private payors will provide coverage for screening high-risk 30-year-olds. Monticciolo argues that they should, but admits that coverage tends to vary.

“The risk in black women is especially underappreciated,” she added. “Women of African ancestry have been routinely underrepresented in screening trials and their risk has not been adequately addressed. We hope that these new recommendations will help.”

New statistics from the American Cancer Society contributed to ACR and SBI’s reclassification of African-American women as high-risk. They have a two-fold higher risk of aggressive breast cancers, are 42 percent more likely to die from breast cancer than non-Hispanic white women, despite similar incidence rates.

African-American women are less likely to be diagnosed with stage I breast cancer, but twice as likely to die of early breast cancer. They also have a higher risk of BRCA1 and BRCA2 genetic mutations than women of Western European ancestry.

Dr. Wendy B. DeMartini, president of SBI, noted that breast cancer death rates among African-American women have dropped 23 percent since 1990 and the efforts of ACR and SBI are intended to bring that down even more.

The two organizations also now recommend that women previously diagnosed with breast cancer be screened with MR. This patient population has a high risk of a secondary malignancy, either in the same or opposite breast.

“MR has been validated in numerous studies to be highly sensitive for cancer detection in these patients,” said Monticciolo. “MR works just as well, maybe even better, in these high-risk women, as it does for women at higher risk, due to family history or genetic mutation [and] we've used MR in those latter high-risk women for years.”